‘What are Those?’ Meme Creator Brandon Moore’s Cause of Death Finally Revealed

The reports say that he had died after consuming a mixture of cocaine, morphine, codeine, methamphetamine and ecstasy. 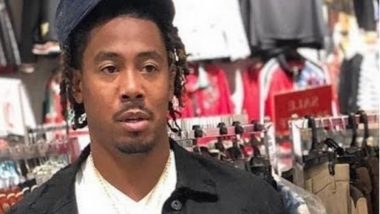 The cause of death of Brandon Moore, creator of the ‘What are Those?’ memes has finally been revealed. The 31-year-old who became a viral sensation after his loud reaction – “What are those?” – to an officer’s shoes became popular on the internet. The official cause of death wasn’t revealed to the public at the time of his demise in November, 2018. But as per the findings of the Contra Costa coroner’s office, Brandon had died of a drug overdose, TMZ reports.

The reports say that he had died after consuming a mixture of cocaine, morphine, codeine, methamphetamine and ecstasy. The mixture along with alcohol proved to be fatal for the 31-year-old. 'What Are Those?' Meme Creator Young Busco Dies at 31.

Known also as Young Busco, Brandon became a viral sensation after he filmed a vine of himself yelling “What are those?” looking at an officer’s boots. Ever since then, the phrase and Brandon himself attained a fan following. The catchphrase has been parodied in many shows and movies like Family Guy and Black Panther.

He spoke to Huff Post about his new-found fame, saying he never thought his video would get viral. Brandon said that he recorded it when his friend Myesha was getting arrested. He also confessed that he didn’t handle the situation correctly.

Busco left behind his wife Radelle "Noonie" Martin, his nine children and mother Valerie Cooper. Valerie spoke to People magazine, saying that his pictures and stories on social media will serve as his legacy. “Busco lived, and the world knows he lived,” she said. At the time of his death, she commented on her social media profile: “I can't believe that the earth is still moving when I feel as though my world has stopped. Lord be my peace."

(The above story first appeared on LatestLY on Feb 11, 2019 02:18 PM IST. For more news and updates on politics, world, sports, entertainment and lifestyle, log on to our website latestly.com).