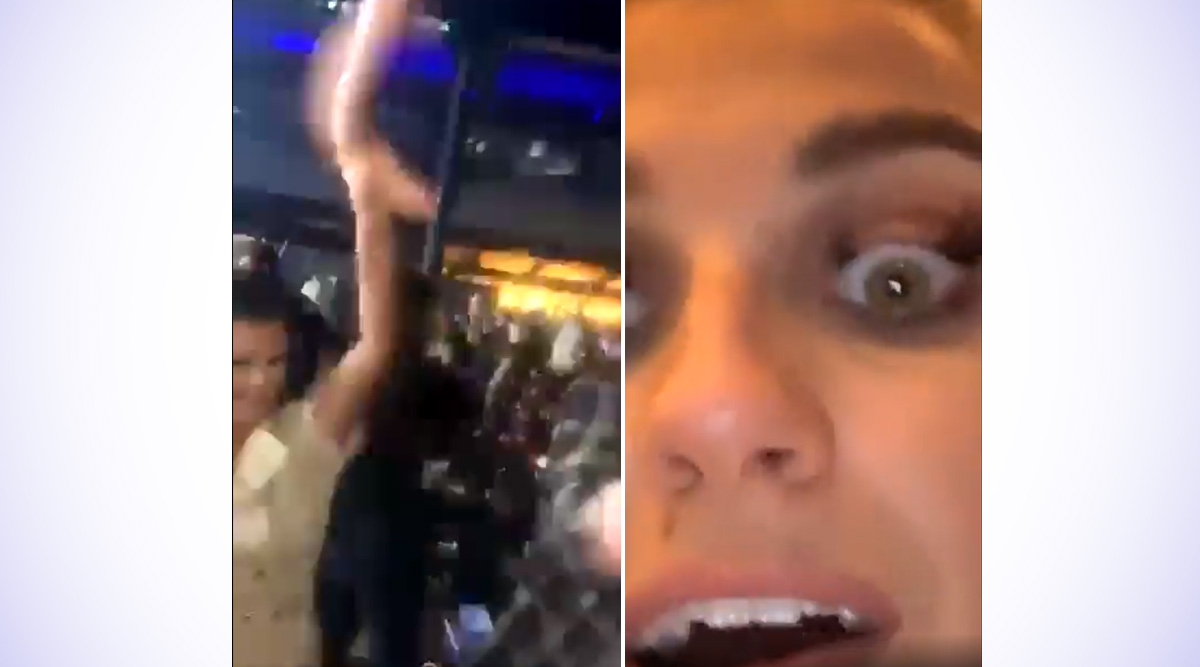 Tegan Denham was at the Bongo's Bingo in Newcastle when she was dancing along having a fun night out. A double-ended dildo was being swung in the air and it accidentally hit her eye. It not only took off her lash extensions but a lot of her eyelashes too! She managed to capture the unfortunate moment on her Snapchat. Although she continued to laugh and have fun immediately after the mishap, she is embarrassed and nursing a black eye. Denham also posted the clip on her Twitter and it's now going viral. Woman’s ‘Snake Stockings’ Mistaken for Real Snakes, Husband Beats Her with a Baseball Bat (See Pic).

The moment it all went wrong pic.twitter.com/wBUQ9YxIeG

Both the videos are now going viral with over a lakh of views. A lot of people were left laughing at the scene while she continues to nurse her eye. Talking about the embarrassing moment she told The Sun, "If I don't laugh, I'll cry." Well, that's indeed a positive way to look at it after getting a black eye with a sex toy!