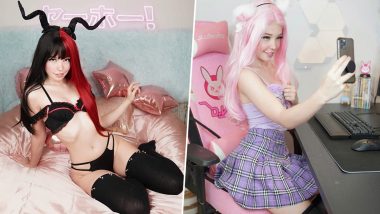 The 19-year-old gamer girl, Belle Delphine was a sexy entrepreneur we never thought we will witness when she went viral for selling bath water to her “thirsty” fans. She sold her bathwater in tiny jars for 30 USD each. Yes, I couldn't believe it too but YK what’s crazier? That thing was sold out on her website in a very short time with fans vaping the water and making youtube videos about it!

(The above story first appeared on LatestLY on Nov 28, 2020 02:10 PM IST. For more news and updates on politics, world, sports, entertainment and lifestyle, log on to our website latestly.com).