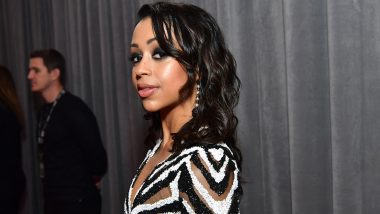 The Black Lives Matter protests have sparked many debates in recent times. People are calling out famous personalities, content creators, and social media influencers for trying to imitate and mocking other communities. After YouTuber Jenna Marbles who quit YouTube ‘for now’ apologising for past racist videos, Liza Koshy as well came forward acknowledging the times she had ‘unknowingly perpetuated racist ideas.’ Uploading as an apology note, the YouTuber specifically stated two old videos of her where she mocked Asian accent while tasting candy from Japan and Hawaii, one of the clips included her ex-boyfriend David Dobrik. She uploaded the video, titled, ‘I am sorry,’ on her YouTube channel which has about 17.8 million followers. Jenna Marbles Quits YouTube ‘For Now,’ Tearfully Apologises to Fans for Past Racist and Other Offensive Content.

The videos in question were uploaded in 2016 and have now been re-surfaced, calling out the YouTuber for making racist content. In the first video, Koshi was pretending to have an Asian accent while eating sweets from Japan and Hawaii. Her then-boyfriend and YouTuber David Dobrik was also seen in the video, trying the Japanese snacks, imitating Asian accents. In the follow-up clip, the pair continued to try Japanese sweets when David puts on an accent before saying, “It’s not racist, that’s like the sound I hear when they talk,” noted media reports. To this, Liza added, “It’s not racist, as long as I keep saying ‘No.’” The videos are since-deleted videos, were reportedly reposted on TikTok.

Owning to what she intended might have hurt the Asian community, the YouTuber posted a long note, apologising for the past videos. “You can be someone who has no intention to be racist, but because you're conditioned in a world that is racist and a country that is structured in anti-Black racism, you yourself can perpetuate those ideas,” the YouTuber began, quoting author and historian, Ibram X. Kendi. “Being anti-racist requires a personal reckoning, and I can't in good faith continue to use my platform for progress without taking accountability myself. I am taking inventory, taking initiative and taking note that my impact and influence will weigh greater than my intention,” she wrote.

“Thank you to my guardian angels in life and online who have been gracefully guiding this growth of mine, and I thank God for my continued awakening,” she ended the lengthy note. Liza’s followers have appreciated her move and accepted the apology, lauding the YouTuber for acknowledging her mistakes. Liza will reportedly be next seen starring alongside Sabrina Carpenter in the Netflix original film, a dance comedy, Work It.

(The above story first appeared on LatestLY on Jun 30, 2020 06:21 PM IST. For more news and updates on politics, world, sports, entertainment and lifestyle, log on to our website latestly.com).