After he was stuck on getting public transport, the man chose to order food through Zomato and catch a ride with the food-delivery rider. The online food delivery app is impressed with the man’s ‘modern solution’ for a free ride, and so is Twitterati. 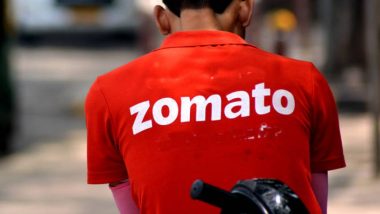 The recent incident reported from Hyderabad is proof that Zomato is not only excellent in delivering foods. It turns out that, if used appropriately, the food delivery app can also give you a good ride in need. But you will have to innovative like this man from the city in Telangana. After he was stuck on getting public transport, the man chose to order food through Zomato and catch a ride with the food-delivery rider. The online food delivery app is impressed with the man’s ‘modern solution’ for a free ride, and so is Twitterati. Differently-Abled Zomato Delivery Boy Going Viral for Delivering Food on His Tricycle.

The cities in India are bustling and we, as commuters know how much pain it is to get public transport. Either they are too crowded, or they will refuse to take you. The identified as Obesh Komirisetty through his Facebook account, had a fantastic solution to the problem. Obesh, in his social media, revealed his smart move when he was at a mall and struggling to find a ride back home.

“It was around 11.50 pm, I am at Inorbit Mall road and looking for an auto but couldn't find anything to reach my room,” reads the Facebook post. He further added, that he opened his Uber app, but the ride fare was extraordinarily high and that he was hungry too. Obesh went on saying, “I just opened Zomato and searched for food shops around me, I found one Dosa Bandi near me and ordered Egg Dosa . The delivery boy came and he was going to pickup my order at Dosa Bandi. So I called him and said this is my order, I asked him to drop me in the delivery location(My Room Address). So he dropped me along with order at my room. And he asked me ‘Sir please give 5 star rating’. I said OK.”

Zomato Was Impressed By ‘Modern Solution’

Twitterati Loved it Too

The recent incident appeared, after a few sections of Twitter slammed the app for turning down a bigoted customer. He asked for a Hindu food delivery executive instead of a Muslim. Uber Eats too came down in support of Zomato, who tweeted that “food doesn’t have a religion.” The incident sparked controversy and soon #BoycottZomato and #BoycottUberEats began to trend online. The matter is however resolved now, and this joyride of Hyderabad customer wins a big thumbs up.

(The above story first appeared on LatestLY on Aug 17, 2019 11:04 AM IST. For more news and updates on politics, world, sports, entertainment and lifestyle, log on to our website latestly.com).