Phone Bhoot is the upcoming horror-comedy produced by Farhan Akhtar and Ritesh Sidhwani under the banner of Excel Entertainment.

Phone Bhoot is the upcoming Hindi film starring Katrina Kaif, Siddhant Chaturvedi and Ishaan Khatter. The makers released the film’s poster today and announced that the horror-comedy will hit the theatres on October 7. As soon as the poster was dropped online, movie buffs found a similarity between the upcoming flick and Bill Murray’s Ghostbusters (1984). Twitterati thinks that Phone Bhoot is a remake of Ghostbusters and this newly released poster makes them label it as ‘sasta copy’ of the original. Phone Bhoot: Katrina Kaif, Ishaan Khatter and Siddhant Chaturvedi's Horror Comedy to Arrive In Theatres on October 7. 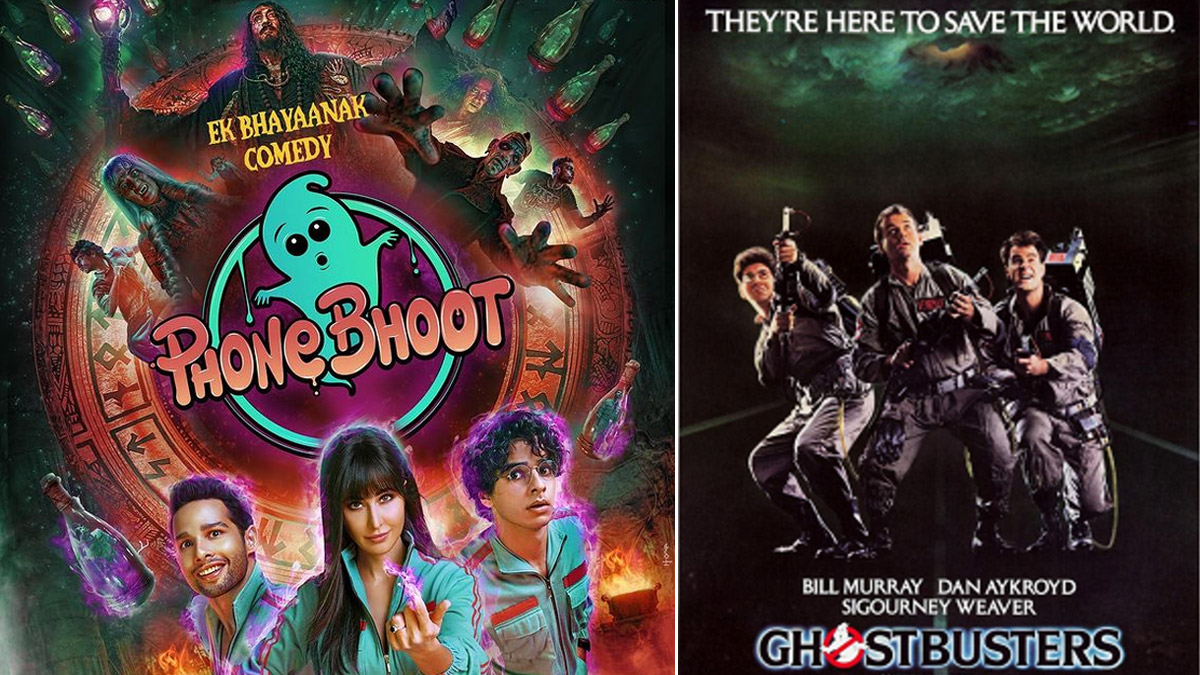 New Katrina movie #PhoneBhoot looks like a remake of #Ghostbusters. You think it's true? pic.twitter.com/9onSRqlIxP

So Is Phone Bhoot A Copy Of Ghostbusters?