Varun Dhawan’s latest Insta post and story would not just give major fitness goals, but it would also give an update on his upcoming film Jug Jugg Jeeyo. The actor shared a series of pictures on his Insta feed flaunting his chiselled body and then he posted on Insta story citing that the trailer of Jug Jugg Jeeyo will be released in May. He even inserted a still that features him with co-star Kiara Advani. Jug Jugg Jeeyo: Varun Dhawan, Kiara Advani, Anil Kapoor’s Family Drama To Hit the Big Screens on June 24. 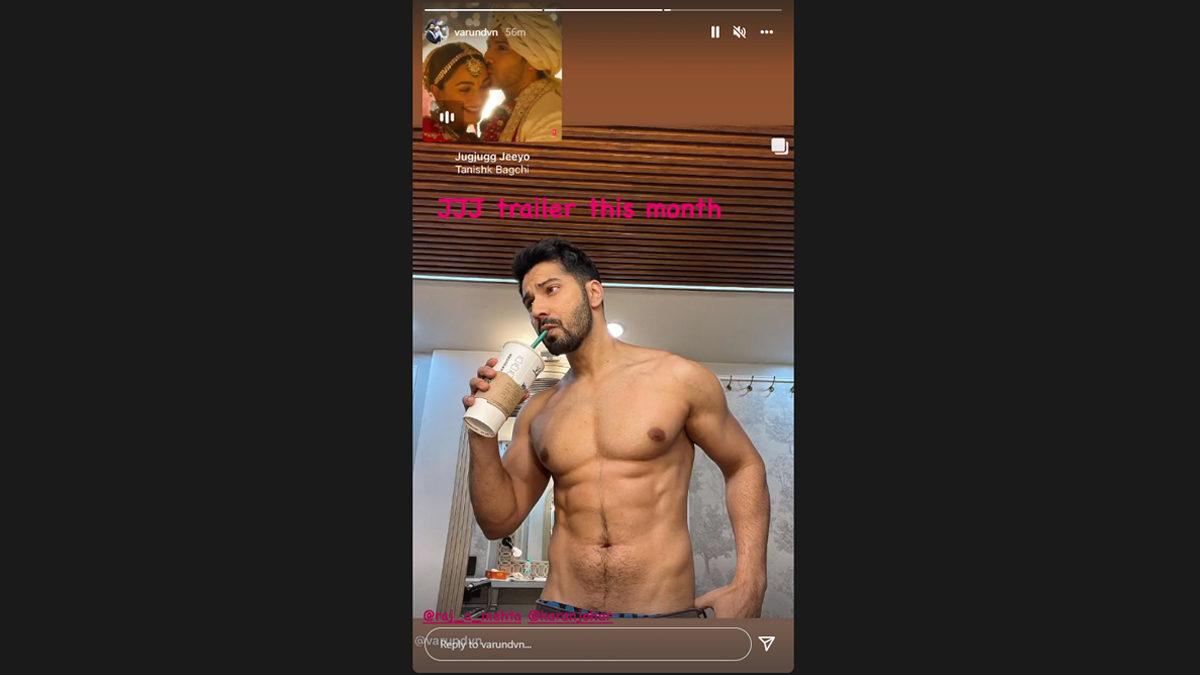