Saba Azad announced that would be starring in the film Minimum. As she announced her project, her rumoured beau Hrithik Roshan commented saying, ‘Hehe. You gonna kill this! Oui? Oui!’

Saba Azad announced that she would be starring in the film Minimum that would also feature Namit Das and Geetanjali Kulkarni. The film would mark the directorial debut of Rumana Molla, who’d also be seen playing a major role. There are several who have congratulated Saba as she announced her new project, but it is her rumoured beau Hrithik Roshan’s comment that has caught everyone’s attention. He cheered her saying, ‘Hehe. You gonna kill this! Oui? Oui!’ And Saba’s response to him is all lovey-dovey. She has responded calling him 'Mon Amour' which means 'My Love' in French. Minimum: Saba Azad, Namit Das, Geetanjali Kulkarni To Star In An Immigrant Indian Drama; Rumana Molla’s Film To Go On Floors In June.

Saba Azad To Star In Minimum 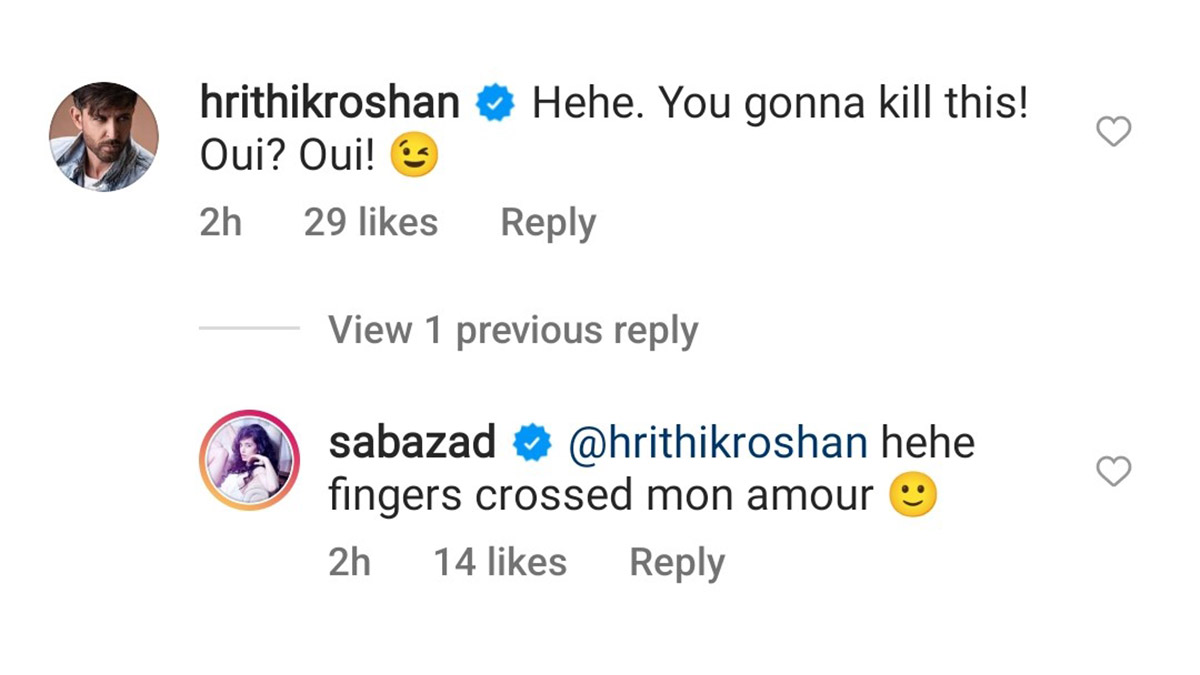