Nobel Prize Day 2022 Quotes: Share Sayings by Alfred Nobel as Images and HD Wallpapers on This Day To Honour His Achievements

Nobel Prize Day honours the work of Alfred Nobel, who established several categories of prizes for accomplishments made for the betterment of mankind before he passed away in 1895. The Nobel Prize is considered the most prestigious award and is an international recognition conferred every year to commemorate and honour those who made significant contributions and achieved great laurels in the areas of science, medicine, literature and peace. In his will of 1895, the five separate prizes are awarded to "those who, during the preceding year, have conferred the greatest benefit to humankind.” On Nobel Prize Day 2022, share quotes and sayings by Alfred Nobel with everyone you know as WhatsApp messages, images and HD wallpapers. Nobel Prize Day 2022: Know Date, History and Significance of the Day That Honours the Achievements of Alfred Nobel. 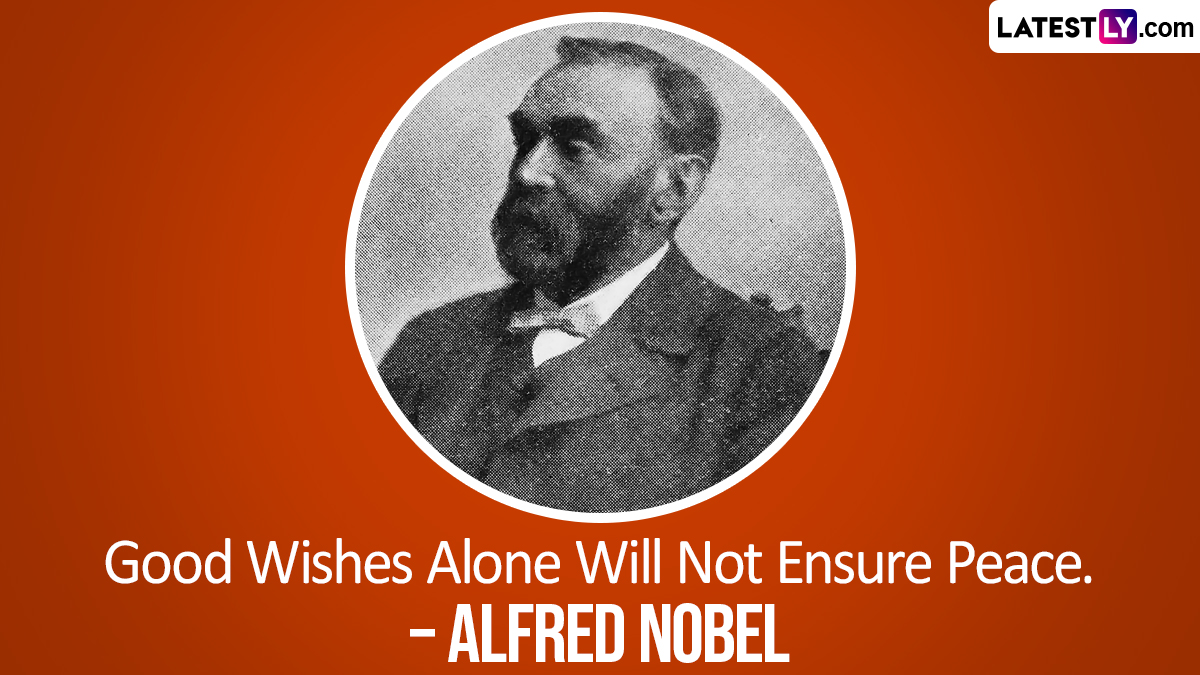 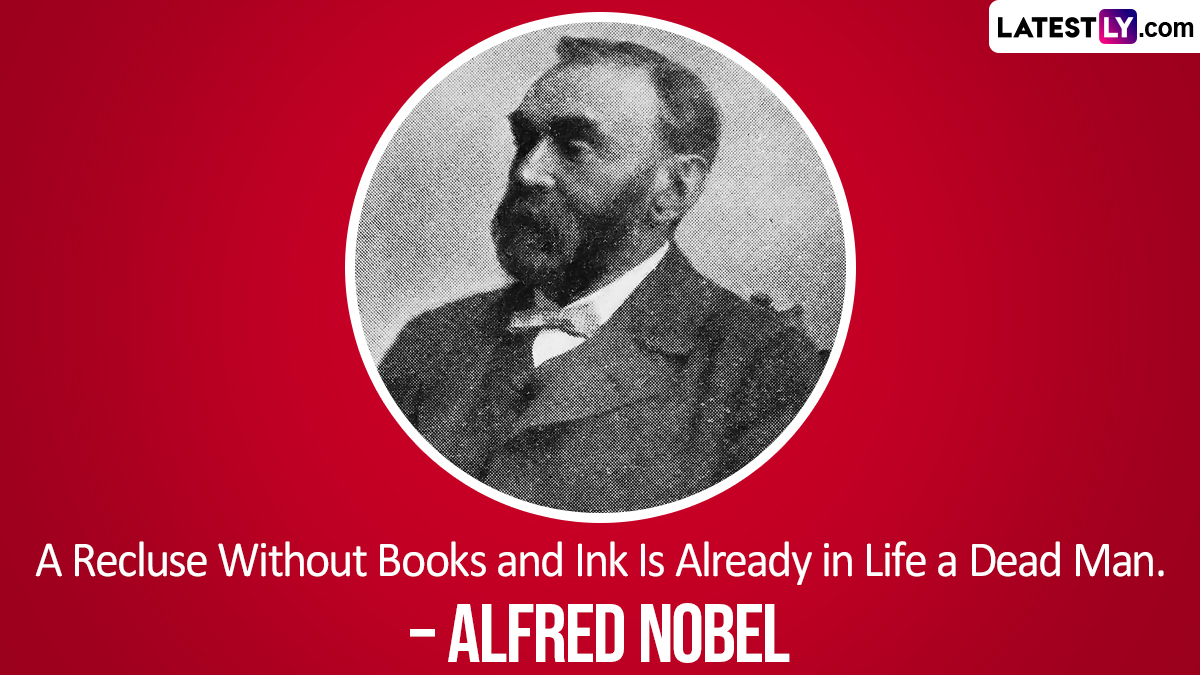 Quote Reads: A Recluse Without Books and Ink Is Already in Life a Dead Man. – Alfred Nobel 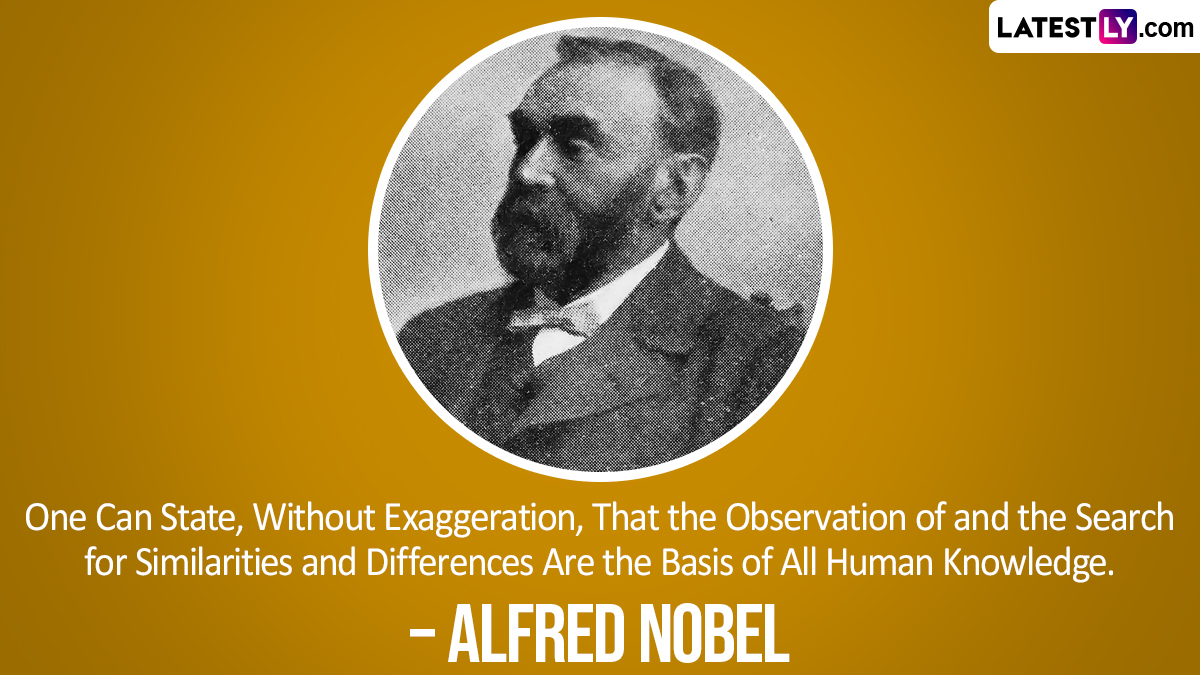 Quote Reads: One Can State, Without Exaggeration, That the Observation of and the Search for Similarities and Differences Are the Basis of All Human Knowledge. – Alfred Nobel 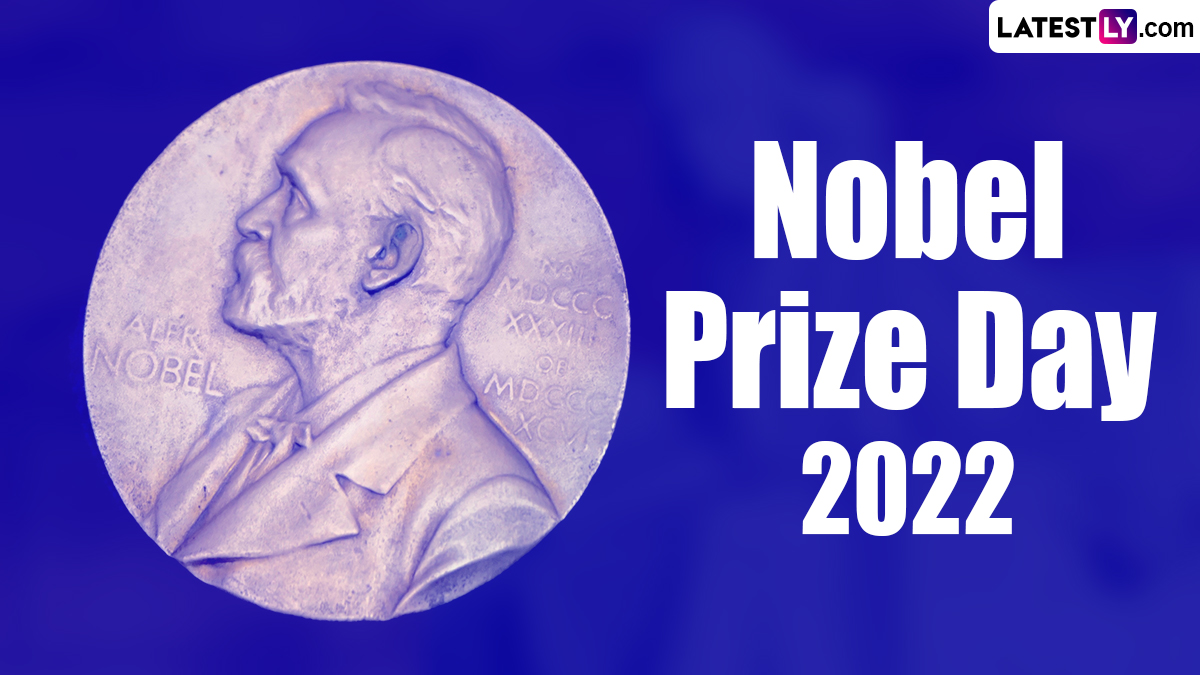 Quote Reads: If I Have a Thousand Ideas and Only One Turns Out To Be Good, I Am Satisfied. – Alfred Nobel 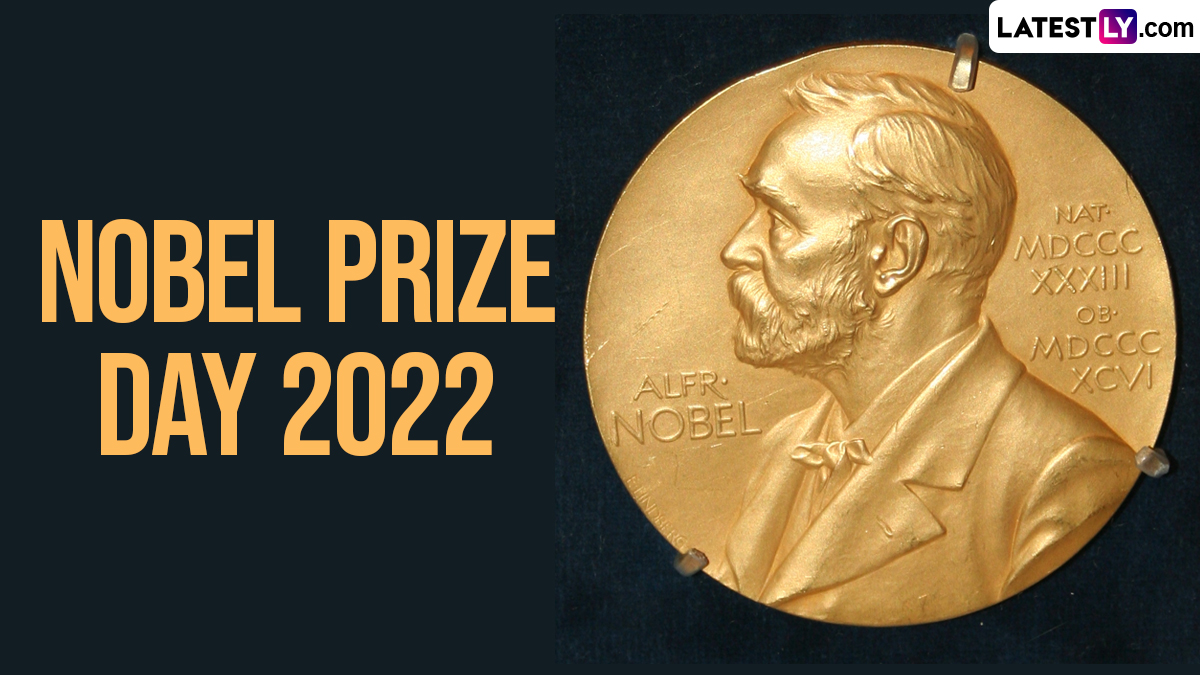