The little one was spotted by the camera at the stadium with mother Anushka Sharma as Virat Kohli batted during India's chase of 288 runs in the third ODI at the Newlands Cricket Ground. Earlier, both Virat and Anushka have requested privacy whenever it came to daughter Vamika's pictures.

Virat Kohli on Monday took to Instagram to clarify his and wife Anushka Sharma's stance on daughter Vamika's pictures, which went viral a day ago during the India vs South Africa 3rd ODI in Cape Town. The former Indian captain revealed that his wife and daughter Vamika were caught off-guard by the camera during the game and pictures of the latter went viral on social media subsequently with many having a first glimpse of the little one. He requested everyone to not click or share Vamika's pictures in a statement on Instagram: 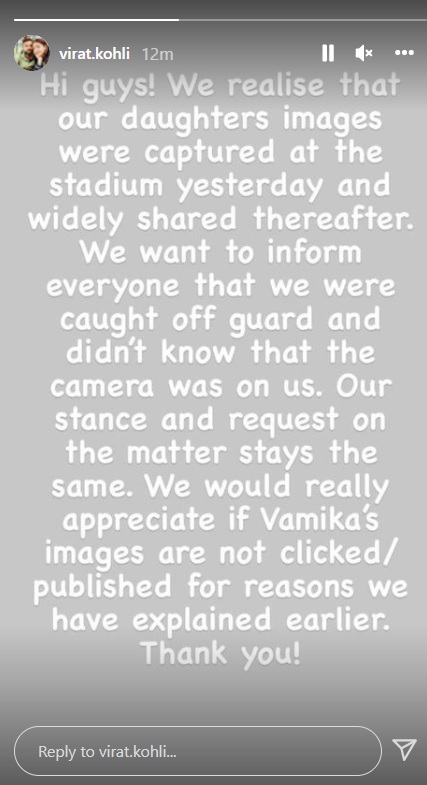 Virat Kohli and Anushka didn't know the cameraman had shown Vamika on the TV. He requests everyone to not publish her pictures. pic.twitter.com/22wEYo16E5