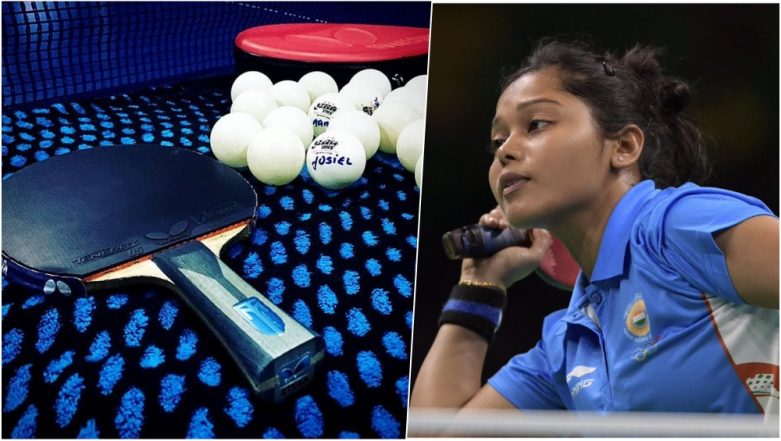 Jakarta, August 26: The Indian women paddlers got their campaign underway at the 2018 Asian Games on a positive note as they reached the quarter-finals on Sunday. Team comprising Mouma Das, Ayhika Mukherjee and Sutritha Mukherjee defeated Qatar 3-0 in the first match but lost to China 0-3 in the second match. In the third match of the day, India outplayed Iran 3-1 to join China in the quarters.

In the first affair, Mouma Das handed India a 1-0 lead as she registered a comfortable 11-3, 11-2, 11-4 victory over Maha Ali before Ayhika Mukherjee extended the lead 2-0. Ayhika won the first game 11-2 but her opponent -- Aia Mohamed -- made a comeback in the second game winning it 12-10. Ayhika however, didn't faulter in the next two games and won it 11-2, 11-3. Asian Games 2018 Highlights Day 8: Hima Das, Dutee Chand, Muhammed Anas Win Silver; Govindan Lakshmanan Denied Bronze For Overstepping.

Sutirtha Mukherjee then made the issue 3-0 as the 22-year-old paddler hammered Maha Faramarzi 11-3, 11-3, 11-6 to seal the first match. The second saw India tasting defeat against China but bounced back in style to win the third and final match to enter the quarters.

Meanwhile, on the other hand, India men's team comprising G. Sathiyan, Sharath Kamal and Harmeet Desai won their first match 3-0 against UAE. They lost their next match to Chinese Taipei 3-2.