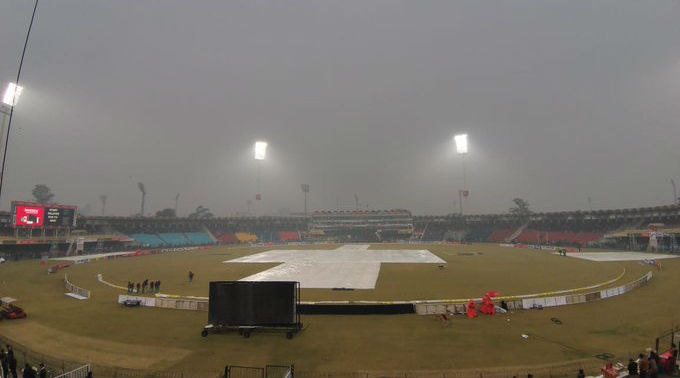 Lahore, January 27: The third T20I between Pakistan and Bangladesh was abandoned without a ball being bowled due to persistent rain here on Monday.

With the third match being called-off, Pakistan have clinched the three-match T20I series by 2-0. The hosts won the first and second match by five and nine wickets respectively.

Babar Azam and Mohammad Hafeez scored unbeaten half-centuries in the second T20I to cruise their side to a massive win. Azam has been named as the Man of the series. Both the teams will now compete against each other in a Test match, starting from February 7.