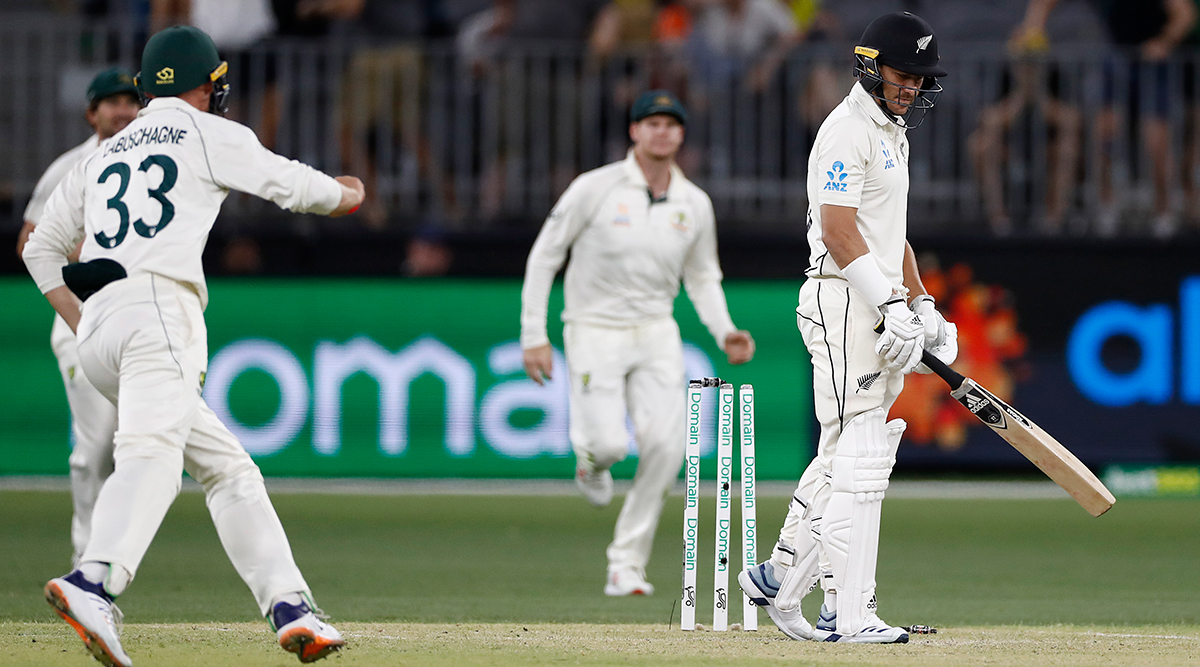 New Zealand will continue to bat on Day 3 against Australia in AUS vs NZ 1st Test 2019. The third-day action will take place on Dec 14, 2019, at Perth Stadium. At stumps on Day 2, New Zealand has made 109/5 in reply to Australia's 416 runs in 1st inning. The second day of this Test match completely went in favour of Australia where they yet again displayed some good cricket. Meanwhile, you have arrived at the right platform, if you are looking for live cricket score and scorecard of AUS vs NZ Day-Night Test 2019 Day 3. Australia Vs New Zealand, Live Cricket Score 1st Test Match - Full ScoreCard.

On the 1st day of this Test, the show was stolen by Australian batsmen Marnus Labuschagne who end up making 143 runs. Travis Head knock of 56 runs also helped the home team post a competitive total in 1st inning. If on Day 1 it was Labuschagne, then Day 2 belonged to Mitchell Starc who bagged four wickets and rattled up Kiwi batting line-up. New Zealand still has its hopes alive with Ross Taylor and BJ Watling on the crease. Also, good news for Kiwis is that Ross Taylor is batting at 66 runs and he is looking comfortable at the crease.

New Zealand defeated England in their previous Test Series, while Australia whitewashed Pakistan by 2-0 in their last series. With three more days remaining in this game, we can expect some more high-voltage drama and thrilling actions. New Zealand is currently on the third position at ICC World Test Championship 2019-2021 point table, while Australia is on the second. Meanwhile, you can check for ball-by-ball commentary and live scorecard of AUS vs NZ, 1st Test 2019 match at LatestLY.