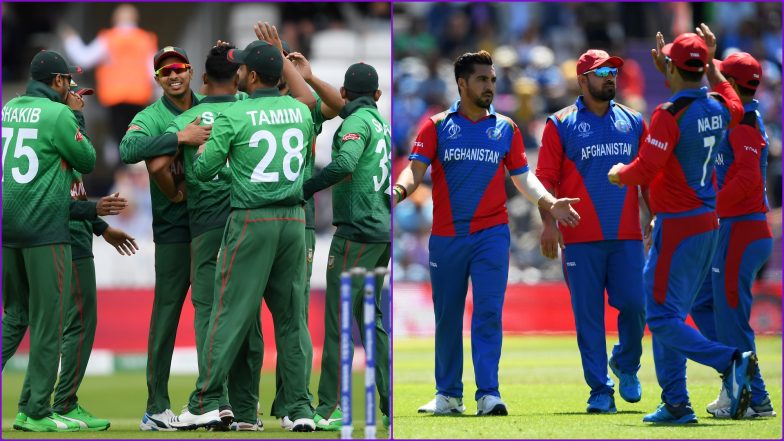 Bangladesh will have to win this match to keep their semi-final hopes alive. As for Afghanistan, the team is already out of contention of the knock-out spot and hence will be playing to salvage pride at the grandest stage of them all. Given the form that both the teams are in, the contest is likely to be one cracker of a match. Bangladesh vs Afghanistan ICC Cricket World Cup 2019 Weather Report: Check Out the Rain Forecast and Pitch Report of Hampshire Bowl in Southampton.

For the fans who play fantasy cricket such as Dream11 cricket, will be looking for this match to earn more points. Here we look at the current form of the players to help you build a strong playing XI of the best bowlers, batsmen, fielders, wicket-keepers and all-rounders for Afghanistan vs Bangladesh World Cup 2019 match.

As per the Dream11 rules, one can select 1-4 wicket-keepers. Hence, given the options available from both the squads, Mushfiqur Rahim comes as an obvious choice for your selection. Given the form that he is in and the manner that he plays in, the wicket-keeper batsman will be an ideal choice for the Dream11 team.

As per the Dream11 rules, one can select three to six batsmen. Both Afghanistan and Bangladesh have a few strong batsmen in their respective teams. Hence going by the team composition, we will select two in-form batsmen from both the teams. From Bangladesh, it will be Tamim Iqbal, Sabbir Rahman, and Soumya Sarkar. Hashmatullah Shahidi will be the lone Afghanistan batsman in the team.

As per the Dream11 rules, one can select one to four all-rounders. The choice of all-rounders is quite an interesting one as both of them are in red-hot form. Shakib Al Hasan is in the best form of his life and Mohammad Nabi nearly pulled a heist on the Indian team single-handedly. Hence, both Shakib and Nabi will fill the role of all-rounders of this Dream11 side.

Three-to-six bowlers can be selected for the Dream11 Team. Both Afghanistan and Bangladesh have a talented pool of bowlers to pick from. It will be Bangladesh’s Mustafizur Rahman and Mashrafe Mortaza who’ll be chosen as the fast bowling options. As the pitch is a spin-favouring track, we will choose Afghanistan’s Rashid Khan and Mujeeb Ur Rahman to cover all the bases.

Both Shakib Al Hasan and Mohammad Nabi are likely to be most-impactful players in the game tonight. Hence, the two are appointed as the captain and vice-captain of the AFG vs BAN, 31st WC 2019 Dream11 team respectively.