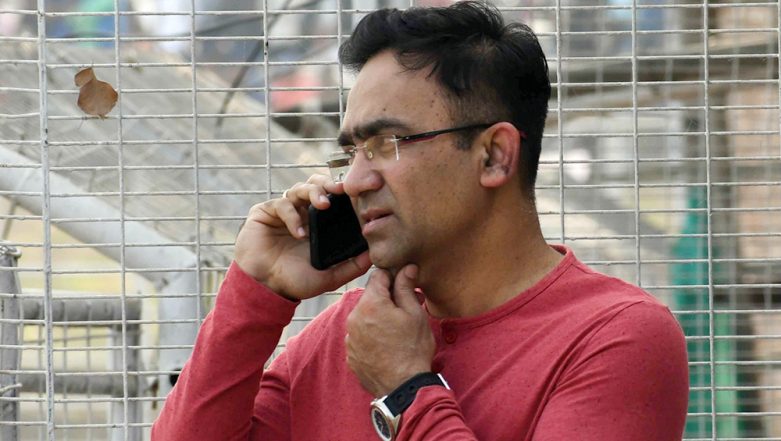 In the letter accessed by IANS, Rao has told CEO Rahul Johri that while he is delighted that his hard work has been recognised finally, he would wish to continue in his current position as the board didn't deem it fit to promote him to the rank of GM Cricket Operations when there was a vacancy after M.V. Sridhar resigned from his post. BCCI Chairman Rahul Johri Feels 'Joining Hands With NADA Is an Admission of Administrative Failure by CoA'. CoA Divided Over BCCI Appraisals As Rahul Johri Pushes CFO’s Case.

"When there was a vacancy of COO, IPL, down the line promotion was considered and Hemang Amin was promoted from AGM to COO, IPL considering his experience of being involved with IPL from 2011. Here, I would like to mention that I had joined BCCI in Nov 2010, and have had the experience of working with the steel giant, Tata Steel for more than 20 years before joining BCCI. I was very hopeful that, when the position of GM Cricket Operations fell vacant as a result of resignation of Dr. Sridhar (just before the start of the season and the domestic season was successfully handled without any new hands as the GM joined only in Jan 2018), my experience of handling domestic season would work in my favour for elevation as GM Cricket Operations like in the case of COO, IPL," he wrote to Johri.

Rao went on to add how his administrative capabilities were ignored and if they were taken into account, it would have come to the fore why he deserved an elevation. "I have had managed the administration of National Cricket Academy, in addition to my job, successfully which did not get any recognition when the COO, NCA post was created. I have and am still handling Team Rajasthan since the retirement of Amrit Mathur from BCCI. It would be worthwhile to mention that prior to me, it was handled by the officers of General Manager rank.

Taking a dig at Karim, Rao went on to add how he might be lacking the qualities that someone like the current GM Cricket Operations has."Even though I am pretty confident that I would have made a good General Manager, but perhaps, all my achievements are not good enough to be worthy for consideration to elevate me to the position of General Manager. May be I lack certain qualities which the present General Manager possess and dissuaded the BCCI management to promote me as General Manager or COO, NCA when the vacancy surfaced and look beyond me," he rued.

Rao further said that recognition for hardwork is sometimes more important than monetary benefits. "I very well understand and agreeable to the fact that I am liable to lose out the compensation which was offered in view of the promotion. After all, money is not everything in life, recognition is more important than money. My sincere request to the BCCI management is, not to consider this mail as my effort to compare myself with other colleagues but to simply share my view points with all concerned," he said.