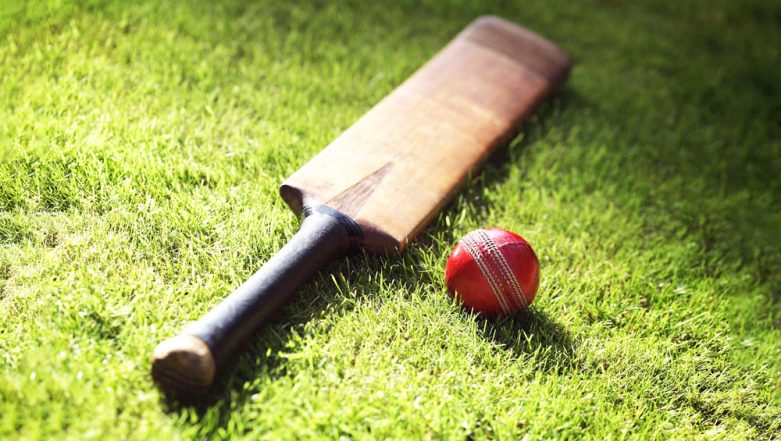 New Delhi, Dec 22:  BCCI's North Zone curator Sunil Chauhan overwatered the Feroz Shah Kotla pitch and then, breaching protocol, left the venue before the start of Delhi-Madhya Pradesh Ranji Trophy match Saturday, his indiscretion leading to a delay of two and half hours.  Despite perfect weather conditions, the match began in the second session. While the hosts reduced MP to 132 for nine courtesy left-arm spinner Vikas Mishra's 6/41 in 18 overs, the delay in proceedings could land the Himachal Pradesh curator in trouble. Ranji Trophy 2018–19: Sourav Ganguly Backs Introduction of Nine New Teams This Season.

Off-spinner Shivam Sharma got 3/48 on a pitch where the ball kept low, but there was some turn on offer, with the oddball taking off from the spot.

As per BCCI rules, the neutral curators are sent to prepare pitches so that home teams cannot take any advantage, and they are only supposed to leave after lunch on the first day, when local curator takes charge. On Saturday, much to the dismay of the Delhi team, match referee Daniel Manohar (former Hyderabad batsman) and the two umpires Virender Sharma and Sanjay Hazare found out that the pitch was wet and under no circumstances could start the game as scheduled at 9.30 am.

It was then realised that the Dharamsala-based curator Chauhan, who was in charge of preparing the strip, had watered it the previous evening. "Under Sunil Chauhan's instructions, the pitch was watered on Friday evening. He himself is from Dharamsala and knows the weather conditions in Northern India inside out. The pitch was watered around 4 pm and naturally it was cold and moist with little sunshine," a senior DDCA official, privy to the development, told PTI.

When the match officials came to the ground in the morning, as per BCCI rules, Chauhan was supposed to be present for the handover of the ground to the match referee. He was nowhere to be seen, though. "Chauhan had to stay back till first day lunch which is the common rule for all neutral curator before the local curator takes over. He left and then our curator Ankit Datta had to get the ground ready along with outsourced groundsmen as the regular groundsmen have gone on strike," the official said.

However, BCCI GM (Cricket Operations) Saba Karim admitted that the situation could have been avoided and he has sought a report from Chauhan.

"I agree that what happened at the Kotla today shouldn't have happened but I believe Mr Chauhan must have had some compelling reasons to have left early. He took a 10 am flight from Delhi. Normally, he has never done that, so I would like to believe that there is some reason behind it. We will find out," Karim told PTI.