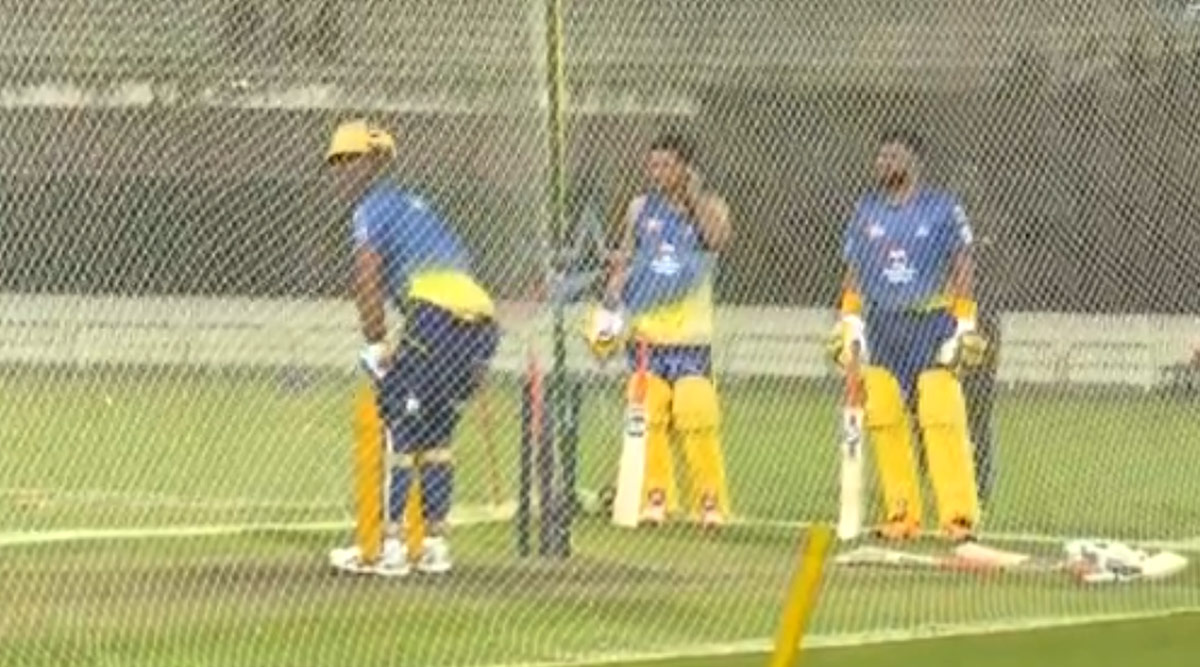 With the pandemic situation created due to the coronavirus, the major sporting events including the IPL 2020 have come to a standstill. The fate of the 13th season of the IPL is still dangling amid the 21-year lockdown. Needless to say that the fans are quite disappointed with the cash-rich league delayed. Now Chennai Super Kings have attempted to cheer the fans by posting a batting clip of MS Dhoni. The CSK captain is seen hitting huge sixes in the nets. As one may recall the players like Suresh Raina, MS Dhoni and others had begun practising for the upcoming season of the Indian Premier League. MS Dhoni Begins Preparations for IPL 2020, Chennai Super Kings Captain Sweats it Out in the Nets (Watch Video).

But after the increasing number of patients getting affected due to coronavirus, the team had called off their practice session. The fans in Chennai had turned out in huge numbers to get a glimpse of their favourites sweating it out in the nets. With Dhoni hitting towering sixes in the nets, the fans obviously went berserk and cheered for their Thalla with thunderous applauds and whistles. Check out the video below:

Less than three weeks to go and here's something from less than two weeks ago to keep you going. #Thala @msdhoni #WhistlePodu 🦁💛 pic.twitter.com/FC5m7IC6yM

Initially, the IPL 2020 was supposed to start on March 29, 2020, but after the crisis spread across India, the league has now been postponed to April 15, 2020.  The IPL Governing Council is keeping a close watch on the situation and has assured that the tournament will only start after getting a green signal from the government.