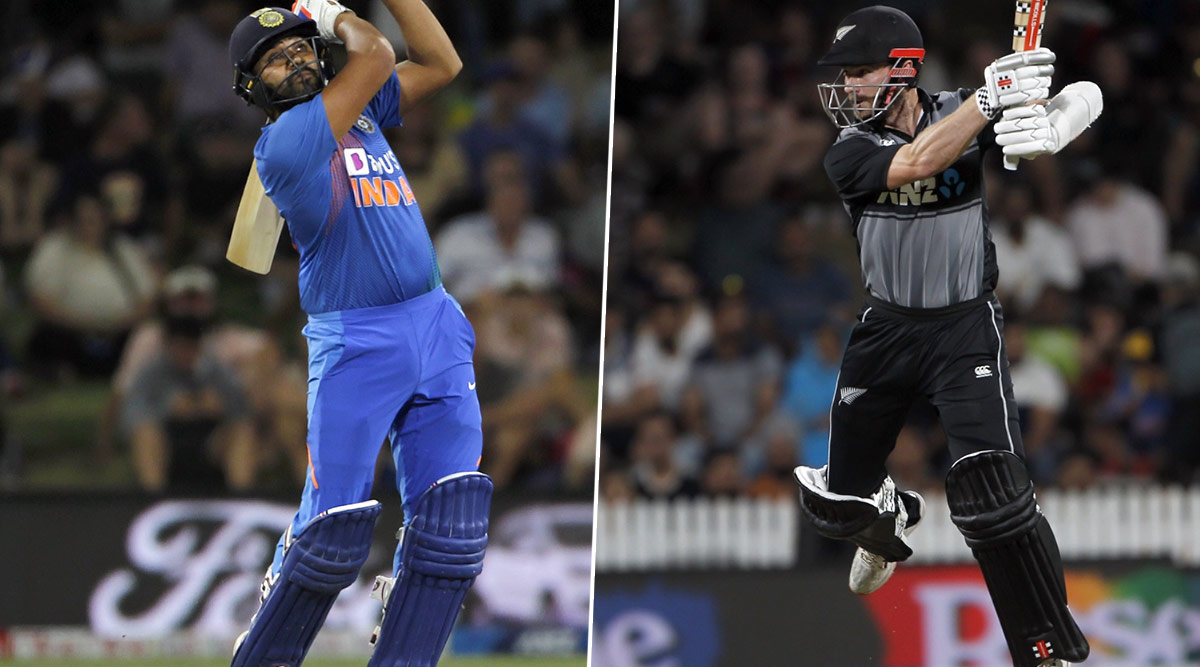 We saw some enthralling and extravagant action from the world of cricket this past week, where fans had no reasons to complain about lacklustre matches. Especially, the T20I series between India and New Zealand lived up to the expectation of fans. Both world-class cricketing nation left no stone unturned to put up a great show. Sadly, for New Zealand they had to face a whitewash, however, their fans can console themselves with the fact that their teams were close to victory in almost all five games of the series, where we saw the 3rd and 4th T20I match going till the super over. Meanwhile, let us have a look at some of the fine individual performances from last week, which includes Rohit Sharma's super over blitz knock to Kane Williamson highest run in T20Is. Kane Williamson and I Have Similar Mindsets, Says Virat Kohli After Winning T20I Series Against New Zealand.

Apart from India vs New Zealand T20I series, we also saw action from Zimbabwe vs Sri Lanka Test Series. Sri Lanka won the two-match series by 1-0, however, both teams put up a good fight. Sri Lankan player Kusal Mendis displayed some good characters in the 2nd Test match of the series which was played from January 27, 2020. We also witnessed Kartik Tyagi's brilliant bowling performance during India U19 vs Australia U19 quarter-final match of ICC U19 CWC 2020. Now let us briefly have a look at five best performances below. Team India Beat New Zealand by Seven runs to Clinch the Series 5-0, Netizens Hail Virat Kohli & Men After the Historic Clean Sweep.

New Zealand after winning the toss in this game elected to bowl first, where India made 179/5 in 20 overs. The major contribution in this total was by 'Hitman' who made 65 runs from 40 balls which included six boundaries and three sixes. In reply, New Zealand managed to get the score level as Mohammed Shami bowled a brilliant last over. The Indian team had to make 17 runs in the super-over where Rohit Sharma delivered something from his bat which can be termed as a miracle. When India needed 10 runs from the last two balls, Rohit Sharma smashed two sixes in a row to Tim Southee, India thereby won the series by this unbelievable batting by Hitman.

Kartik Tyagi's spell of 4/24 in 8 overs rattled up Australian batting line up as they got restricted to 159 while chasing the target of 234 runs. Kartik dismissed all four middle-order Australian batsmen which included the important wicket of Mackenzie Harvey. It was indeed a tight bowling performance by right-arm fast teenage bowler Tyagi.

The New Zealand skipper Kane Williamson can indeed be termed as a tragic hero in cricket. Inspite of being unfortunate on maximum occasions, the spirited cricketer always have a smile on his face. The Kiwi skipper scored his career-best knock in T20Is of 95 runs from 48 balls, however, it went in vain. When Williamson got dismissed by Mohammed Shami in the last over, New Zealand needed only 2 runs from three balls and had Ross Taylor at the non-striker end. At the time of his dismissal, he must have not even thought in his dream that the match will go on into the super-over, where his team will end on the losing side.

The Sri Lankan batsman saved the game for his team as he made an unbeaten 116 runs in the second inning. After getting all-out in 1st inning at 293 runs in reply to Zimbabwe 406 runs, the visitor trailed behind lots of runs. Zimbabwe declared their inning at 247/7 in the 2nd inning, giving a huge target to Lankans. However, Kusal Mendis ensured that he saves the match for his team by batting sensibly. His century indeed helped Lankans win the series by 1-0.

This spell of 3/12 in 4 overs against New Zealand in the last match of the T20I series can be termed as the best performance of ace Indian bowler after his return from back injury recovery. Bumrah also bowled a maiden and pulled things back for India in the death overs after the match almost slipped from the hands of Men in Blue. Bumrah was adjudged Man of the Match for his brilliant bowling spell.

In addition, to all these amazing performances, we must also mention about KL Rahul's brilliant batting and wicket-keeping. Rahul got Man of the Series in the recently-concluded IND vs NZ T20I series and we also saw a glimpse of his brilliant leadership when he was made the standby captain in the 5th T20I in the 2nd inning after Rohit Sharma pulled his calf muscle while batting. We now look forward to India vs New Zealand three matches ODI series which will begin from February 5, 2020.