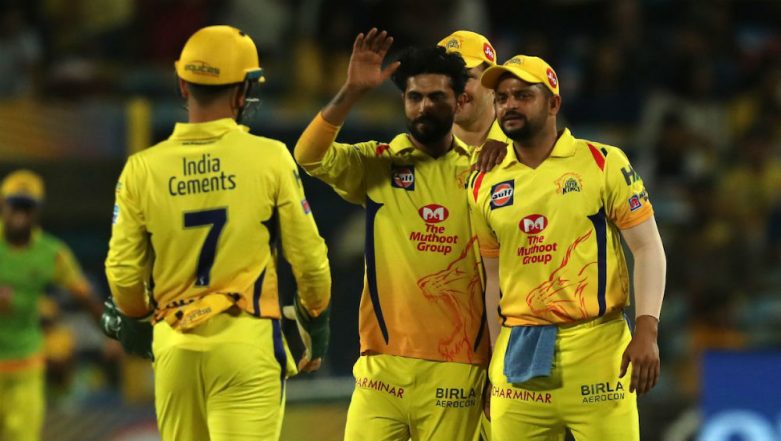 Chennai Super Kings (CSK) start the Indian Premier League 2019 (IPL 2019) as defending champions. The MS Dhoni-led side last season lifted the IPL trophy for the third time after defeating Sunrisers Hyderabad (SRH) in the final. Interestingly, Super Kings made a successful comeback last season after completing the two-year suspension. Meanwhile, if you are a CSK fan and want to watch online live streaming of their matches, then you have landed on the right page. Below we have listed all the information on how to watch live streaming of IPL 2019 CSK matches. CSK Team in IPL 2019: Schedule and Squad Analysis of Chennai Super Kings in VIVO Indian Premier League 12.

Super Kings will begin their IPL 2019 campaign on March 23, on an opening day, against Virat Kohli-led Royal Challengers Bangalore (RCB). It will be the home game of CSK and will be played at the MA Chidambaram Stadium in Chennai. Chennai Super Kings Tickets for IPL 2019 Online: Price, Match Dates and Home Game Details of CSK in Indian Premier League 12

CSK’s first away game will be on March 26 against Delhi Capitals at the Feroz Shah Kotla Ground in Delhi. From April 21 to May 01, CSK will play four back to back matches at home. The defending champions’ league stage games will end on May 05 with an away fixture against Kings XI Punjab (KXIP). Team CSK New Players: Here’s a Look at Upcoming Talent in Chennai Super Kings Squad for IPL 2019.

Star Sports Network holds the official broadcasting rights of IPL 2019. So, its OTT (Over the top) platform, Hotstar, will live stream the IPL matches. CSK fans can catch the live action on hotstar’s mobile application and official website. JIO users can watch IPL matches for free on their devices via hotstar app. For IPL 2019 live score, points table and schedule, CSK fans can click here. The IPL 2019, which is the 12th edition of the T20 league, will end on May 12.