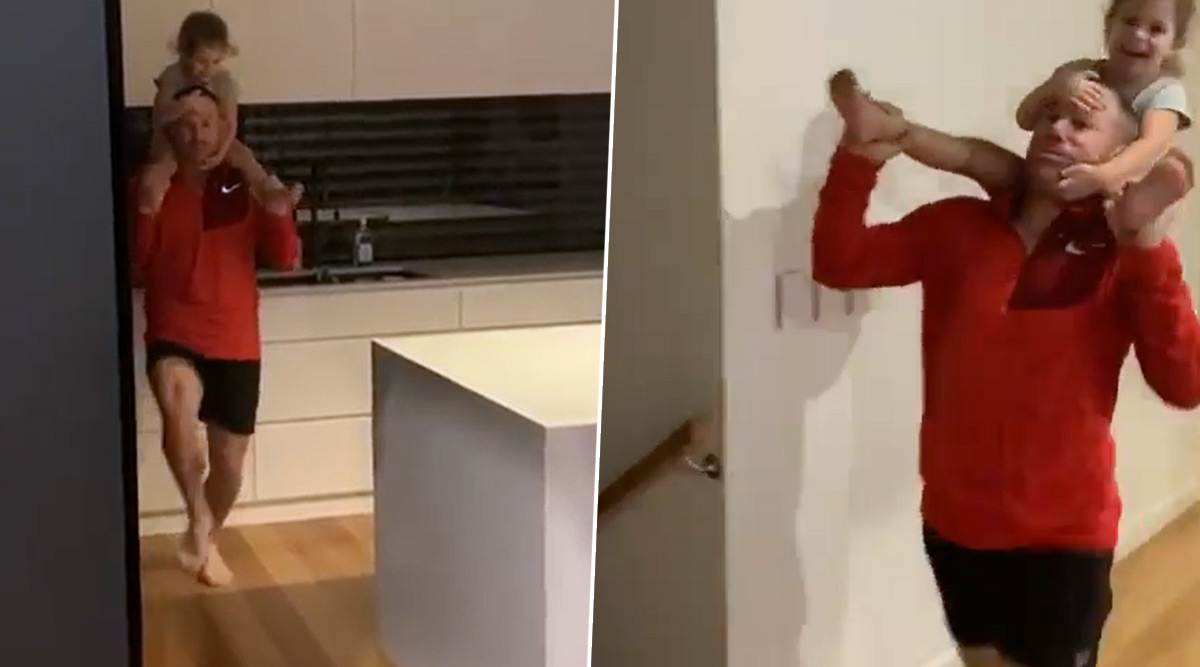 With the COVID-19 lockdown putting a pause on sporting activities all around the world, many athletes got a breather from their busy schedule and are spending time with their loved ones at home. Australia’s swashbuckling opener David Warner is also enjoying a gala time with his family and his latest Instagram post is the proof of that. The southpaw shared a video in which he was seen taking sprints in his home while carrying his daughter Indi Rae in shoulders. Both Warner and his little princess looked delighted in the video clip and the Australian opener is also giving a great idea to fathers about how to entertain their daughters while in self-quarantine. Hanuma Vihari, India’s Test Specialist, Chooses Rohit Sharma Over David Warner As the Best Opening Batsman.

“Bit of indoor ISO high-speed sprints,” wrote the dashing Australian opener on the picture-sharing website. Just like many other cricketers around the world, Warner also became quite active on social media after the pandemic. He has been giving regular updates about his daily-life activities to his fans and also been urging his followers to take proper precautions and safety measures in this time of global health scare. Meanwhile, let’s look at the heart-whelming video shared by the veteran cricketer.

Warner was last seen in action during the only ODI match between Australia and New Zealand at the Sydney Cricket Ground. However, the series was called off after the first game owing to the Coronavirus threat. The 33-year old’s next assignment was scheduled to get underway with the start of Indian Premier League (IPL) where he represents Sunrisers Hyderabad. However, the gala T20 tournament has been postponed and according to several reports, IPL 2020 is set to get called off too.