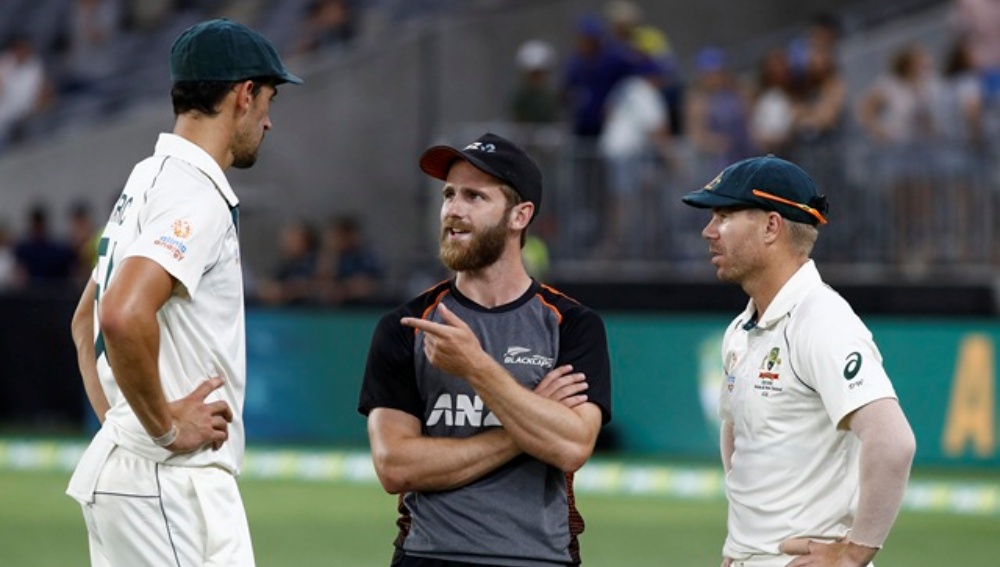 Kane Williamson of New Zealand speaks with Mitchell Starc and David Warner of Australia during day four of the First Test match in the series between Australia and New Zealand at Optus Stadium on December 15, 2019 in Perth, Australia. (Photo Credits: Getty Images)

The IPL 2020 auction is just a few days away and the teams have already started chalking out their plans for the upcoming edition for the ideal squad that they would want to have. Now ahead of the IPL 2020 auction David Warner has hilariously mocked at Australian pacer Mitchell Starc by posting a picture which showed the Australian pacer shaking hands with Kane Williamson with David Warner standing with the two of them.  The picture was captioned, “‘Welcome to Sunrisers Hyderabad.” Now it might be very strange of Warner to say that because the pacer has already withdrawn his name from the IPL 2020 auctions. IPL 2020 Player Auction: From Yusuf Pathan to Dale Steyn, 5 Cricketers Who Might Go Unsold in 13th Edition of Indian Premier League.

The picture was taken after the conclusion of Australia vs New Zealand, 1st Test 2019. Now talking about the auctions for the upcoming edition of the Indian Premier League, the event will be held on December 19, 2019, in Kolkata. A total of 332 players are all set to undergo the hammer and Mitchell Starc will obviously not be a part of the list. Players like Jaydev Unadkat, Robin Uthappa are set to undergo the auction. For now, let's have a look at the picture of the hilarious troll posted by Warner on his Instagram story. 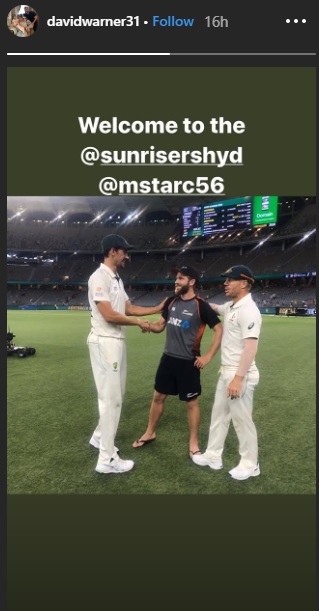 Mitchell Starc, Kane Williamson and David Warner (Photo Credits: Instagram)As one may recall Kane Williamson and Warner play together for the Sunrisers Hyderabad. Talking about Strac, he has been away from the IPL since 2015. However, the pacer is still fulfilling his national duties and appeared in the first Test where he scalped nine wickets from two innings. With this Australia won the first match by 296 runs.