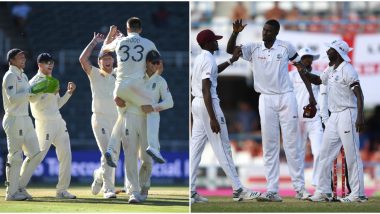 England will take on West Indies in the first Test of a three-match series which will also mark the return of cricket after a three-month COVID-19 halt. The England vs West Indies first Test will start on July 08, 2020 (Wednesday) and will be played at the Rose Bowl Stadium in Southampton. The game will also be the first cricket match to be played in a bio-secure bubble and under closed doors without any spectators. The world will certainly be watching eagerly aware that the fate of this match will decide the future mapping of world cricket under different circumstances. Meanwhile, as both prepare to face-off, take a look at the weather and pitch report of ENG vs WI 1st Test match. West Indies vs England Test Series 2020: Jason Holder Says WI Can Win Against Top Sides Now in Tests.

Contrary to what England have experienced for a major part of the lockdown summer, showers are expected around the time when teams line-up to play the first ball of the Test match. Although there have been no forecast of heavy rains, frequent showers are expected on the opening day of the England vs West Indies Test match. England vs West Indies 1st Test 2020: Ben Stokes, Shai Hope, Jofra Archer & Other Key Players to Watch Out for in Southampton.

Please not this week England...

The conditions are also expected to be cloudy for the most duration of the day’s play on both Wednesday and Thursday (1st and 2nd day). The glimmer of hope, however, is that the final three days will experience sunshine and will be dry days meaning teams can expect full day's play without any interruption. 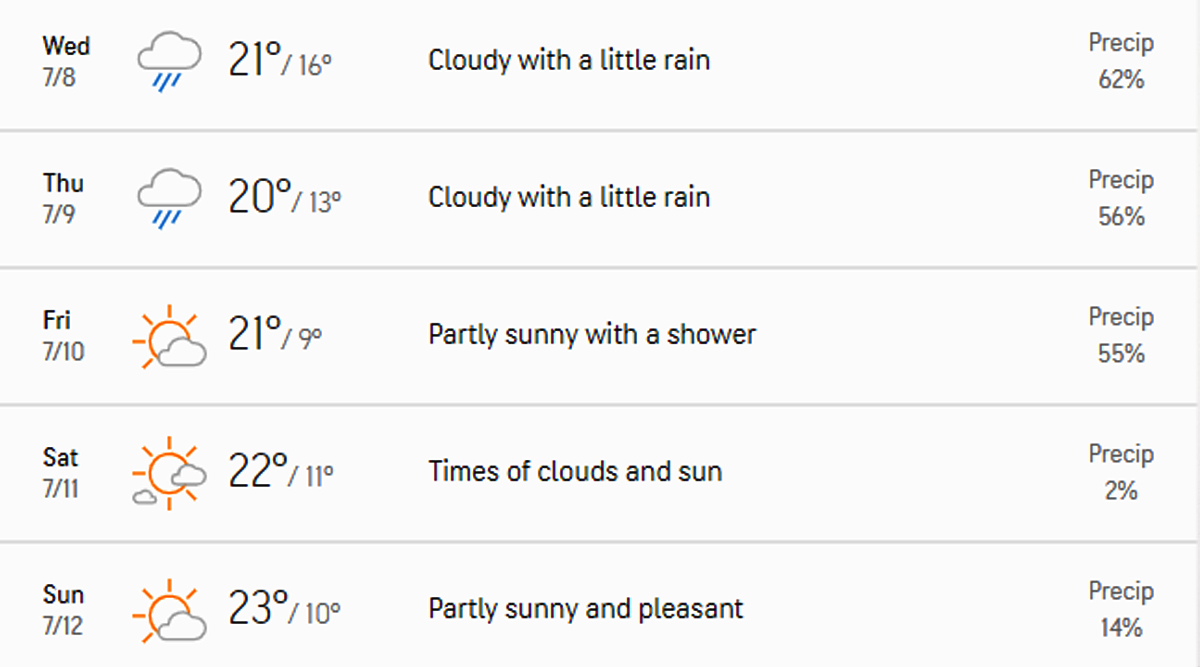 Pitch Report: From what could be gauged from England’s practice match, teams should be ready to expect a slow pitch. Both teams will, however, hope that the opening session offers some bounce and things gradually improve with the cloudy conditions.

Ben Stokes will be making his captaincy debut for England with regular captain Joe Root unavailable for the first Test as he had to separate from the team due to the birth of his second child. Both teams will be eager to make a decent start at they return into action after over three months.

(The above story first appeared on LatestLY on Jul 07, 2020 11:29 PM IST. For more news and updates on politics, world, sports, entertainment and lifestyle, log on to our website latestly.com).