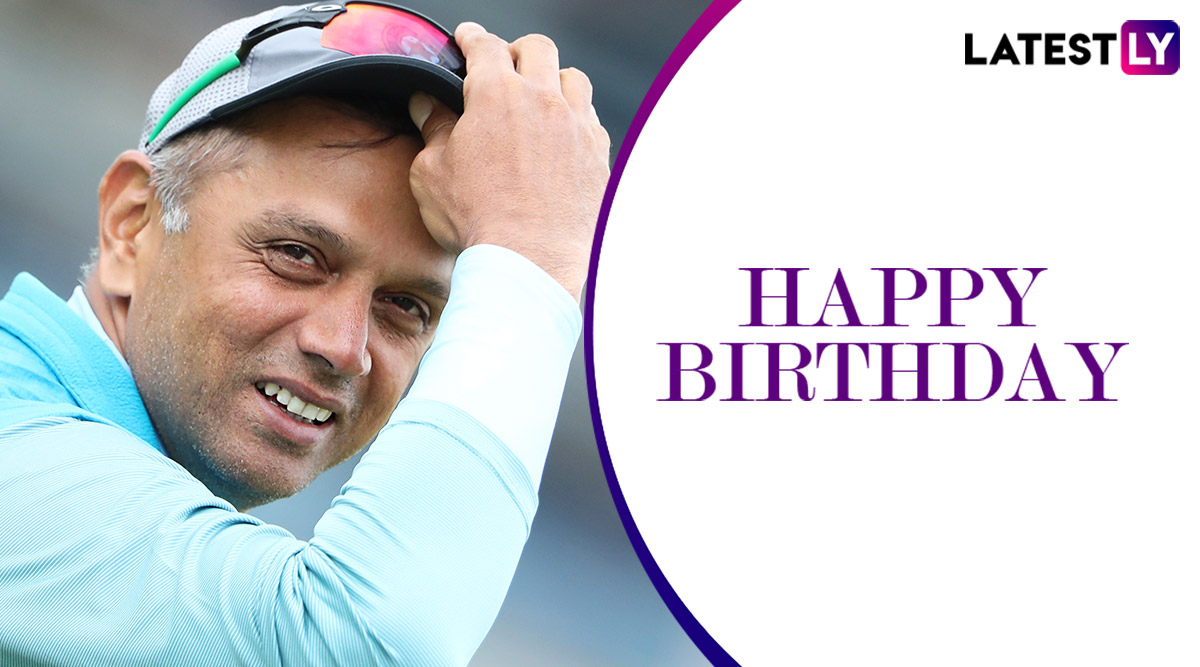 Regarded as one of the greatest batsman of all-time, let alone in Indian cricket, Rahul Dravid celebrates his 47th birthday on January 11, 2020. Dravid, India’s second-highest international run-scorer and former Indian captain, was born in a Marathi family at Indore, Madhya Pradesh. Dravid initially wanted to become a Hockey player and even represented the Karnataka junior hockey team before turning to cricket. His father Sharad Dravid was a cricket-obsessed fan and his son to watch several cricket matches imbedding the hunger for the game into young Dravid. By the age of 12, Dravid had already changed for a talented Hockey player to a budding cricketer. He went to represent Karnataka in junior cricket before representing India. Rahul Dravid Birthday Special: All The Times When The Gentleman of Cricket Won Hearts Off The Field.

Dravid made his Ranji cricket debut for Karnataka in 1991 as a collegiate against Maharashtra and made 82. In his first four domestic matches, Dravid had three centuries to his name. His consistency in the Indian domestic circuit earned him a national call-up for the Wills World series in 1994. But couldn’t get a game and was even rejected for the 1996 Cricket World Cup. He eventually made his ODI debut in the same year immediately post the World Cup for the Singer Cup tri-series against Sri Lanka and Pakistan. He scored 7 runs in two matches.

But Dravid looked a completely different player when he made his Test debut against England at Lord’s. Dravid scored 95 in the first innings of the match and forged a century-run partnership with another debutante Sourav Ganguly but fell agonisingly short of what would have been a memorable Hundred at Lord’s. Dravid shined again in the next Test and finished the Test with an average of62.33 from two Test matches. But after an initial struggle in ODI cricket, Dravid mastered the art of scoring runs and even finished as the highest run-scorer in the 1999 Cricket World Cup with two hundreds and a half-century to his name and the record of becoming only the second batsman to scored consecutive hundreds in World Cup history.

Dravid – by one already India’s Mr Dependable and The Wall – called time on his international career on March 9, 2012, following the 2011-12 tour of Australia. At the time of his retirement, Dravid was the second-highest run-scorer in Test cricket and had also taken the most number of catches. You could write a book of cricket records that Rahul Dravid holds, a famous commentator once said. Happy Birthday Rahul Dravid!