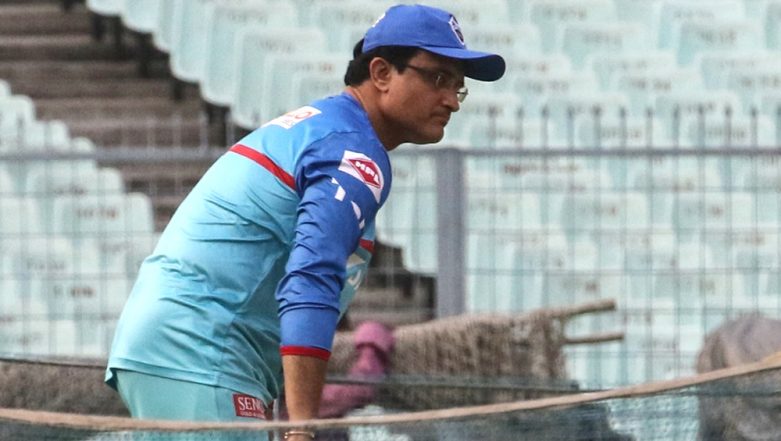 Kolkata, May 13: Former India skipper Sourav Ganguly believes that the Men in Blue will miss the services of Rishabh Pant in the upcoming World Cup in England and Wales starting May 30. Pant was not included in the 15-member World Cup squad with stumper-batsman Dinesh Karthik getting the nod of the selectors. But the 21-year old had a good outing in the Indian Premier League (IPL) for Delhi Capitals and had played a pivotal role in helping the team reach their first playoffs since 2012.

"India will miss Rishabh Pant at the World Cup," said Ganguly, who was also Delhi Capitals' advisor. Asked if he should be drafted in with Kedar Jadhav injured, Ganguly said: "You can't say like that. I hope Kedar gets fit, but Pant will be missed." Fans Want Rishabh Pant in ICC World Cup 2019 India Squad After His Valuable Cameo Against Sunrisers Hyderabad in IPL 2019 Eliminator.

Commenting on Rohit Sharma's captaincy after he led Mumbai Indians to a record fourth IPL title in Hyderabad on Sunday, Ganguly rated him as one of the best captains. "He is one of best captains around. Both Mumbai and Chennai are terrific teams," Ganguly said.

Mumbai Indians beat arch-rivals Chennai Super Kings by one run in the final of the IPL played at the Rajiv Gandhi International Stadium in Hyderabad. On Delhi Capitals' season, Ganguly rued the team not making the final. "Ya, we did well, but didn't make the finals," he said.