ICC World Cup 2019: Jhye Richardson Ruled Out of the Australian Team Due to Injury 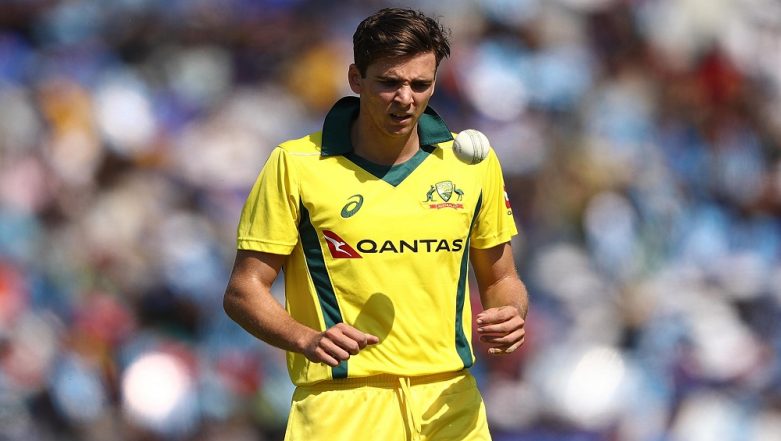 Melbourne, May 8: Australian fast bowler Jhye Richardson has been ruled out of the upcoming World Cup after he failed to fully recover from the shoulder dislocation he suffered in the UAE in March. Jhye picked up the injury in the second ODI against Pakistan in March in Sharjah and hasn't recovered in time to make the trip to the United Kingdom. The right-arm pacer was exceptional in the five-match ODI series in India where he bagged seven wickets and played a key role in Australia clinching the series.

Jhye has been replaced by Kane Richardson for the showpiece event beginning at the end of this month, Cricket Australia announced on Wednesday. David Beakley, Australia's physiotherapist, said it is very disappointing news for the team and for Jhye, who has been exceptional throughout his rehabilitation process. Australia Team for ICC World Cup 2019: CA Announces 15-Man Squad, Steve Smith and David Warner Return, Peter Handscomb and Josh Hazlewood Left Out!

"After his most recent assessment and attempting to bowl in the nets, it was clear that Jhye was not progressing as fast as required and therefore, in consultation with selectors, we made the decision to withdraw him from the squad," Beakley said.

"Jhye will continue with his rehabilitation and we will look to resume bowling in the coming weeks. At this stage we are still hopeful that he could be available for the Australia A tour of England," he added. Australia will begin their World Cup campaign against Afghanistan on June 1 in Bristol.