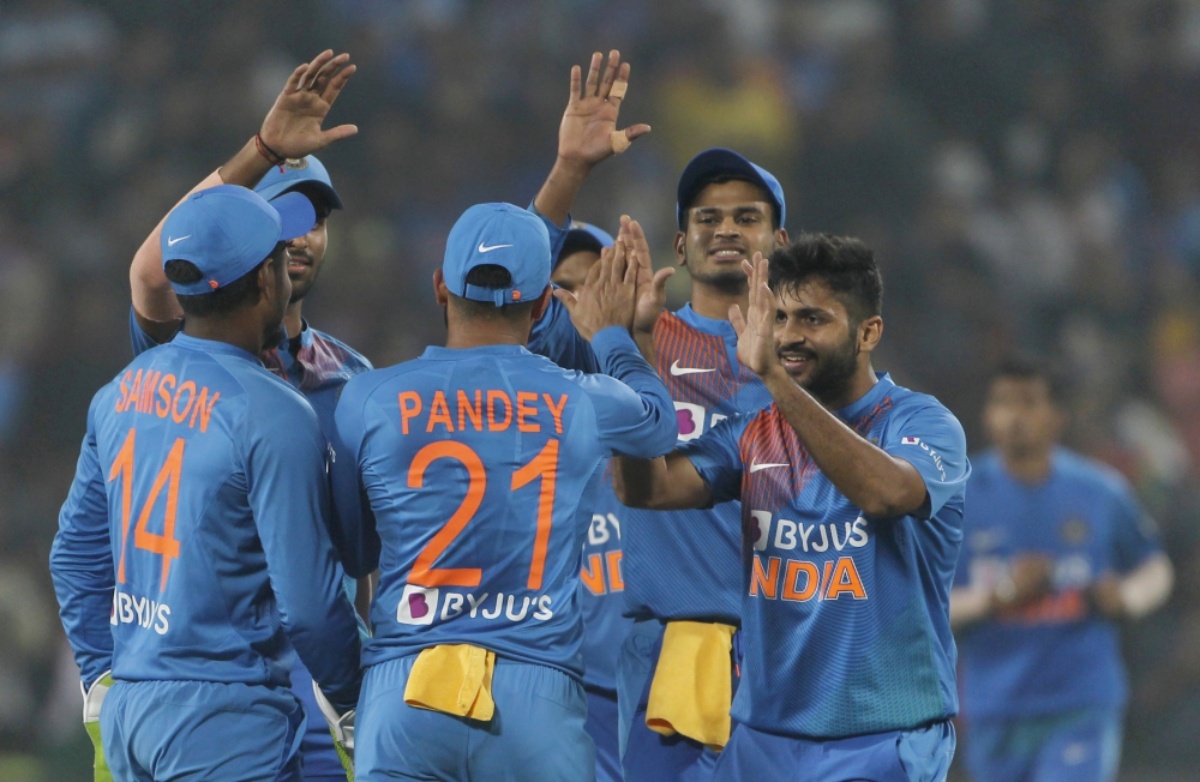 India defeats Sri Lanka in the third T20I hosted at the Maharashtra Cricket Association in Pune by 78 runs. Virat Kohli and men thus clinched the 2-0 and it wouldn’t be wrong to say that the Men in Blue outclassed the Lankans in all the departments of the game. Virat Kohli and Jasprit Bumrah have scripted record which will be mentioned below in this article of stat highlights. But before we head on that, let’s have a look at how the match panned out for both sides. Now the game has begun with SL winning the toss and electing to bowl. India Vs Sri Lanka, Highlights And Cricket Score 3rd T20I Match.

KL Rahul and Shikhar Dhawan gave a blistering start to the team as both the batsmen scored a half-century and gave 97 runs partnership for the team. KL Rahul and Dhawan scored 54 and 52 runs respectively. India lost Sanju Samson and Shreyas Iyer in quick succession. Virat Kohli also made way to the pavilion on the score of 26. But it was Manish Pandey and Shardul Thakur who stood tall as they 37 run partnership and led India to the score of 202 runs. On the other hand, Lasith Malinga’s men lost the two openers Danushka Gunathilaka and Avishka Fernando within the first three overs.

Only Angelo Mathews (31) and Dhananjaya de Silva (57) stood tall against the edgy and pacy attack of the Men in Blue. Navdeep Saini snapped three wickets, Shardul Thakur got a couple of them. Washington Sundar also got two wickets as the Lankans got bundled out on 123 runs. Now, let’s have a look at the stat highlights of the game:

# Virat Kohli became the fastest captain to reach the score of 11,000 runs.

Shardul Thakur picked up the Man of the Match award for his all-round performance whereas Navdeep Saini walked away with Man of the Series Award.