England won the first three Test matches before India were saved by rain in the fourth. The wreckers-in-chief were Fred Trueman and Alec Bedser. India's finest performance came from Vinoo Mankad at Lord's. 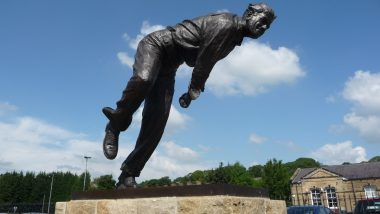 The 1952 tour turned out to be a disaster for India. Unable to cope with the pace of debutant Fred Trueman, they lost the four-Test series 0-3. Trueman finished the series with 29 wickets at a mere 13.31 apiece, while Alec Bedser had another 20, at 13.95. India vs England Series Part 5: India Win Their First Test Match, 1951/52

India were reduced to 0/4 in the first Test, at Headingley. Yorkshire Post called the ground to check, for they thought India were actually four without loss! India vs England Series Part 4: Damp Summer, Fresh Faces, New Captains, 1946

And India avoided defeat in the fourth Test, at The Oval, only due to rain (England 326/6 declared, India 98).

India also lost the second Test, at Lord's, but not before Vinoo Mankad immortalised it with a once-in-a-lifetime performance. Following a dispute with the board, Mankad had opted out of the series to play for Haslingden in the Lancashire League. After the defeat in the first Test, BCCI asked for Mankad on an SOS basis.

(The above story first appeared on LatestLY on Jan 27, 2021 09:29 PM IST. For more news and updates on politics, world, sports, entertainment and lifestyle, log on to our website latestly.com).