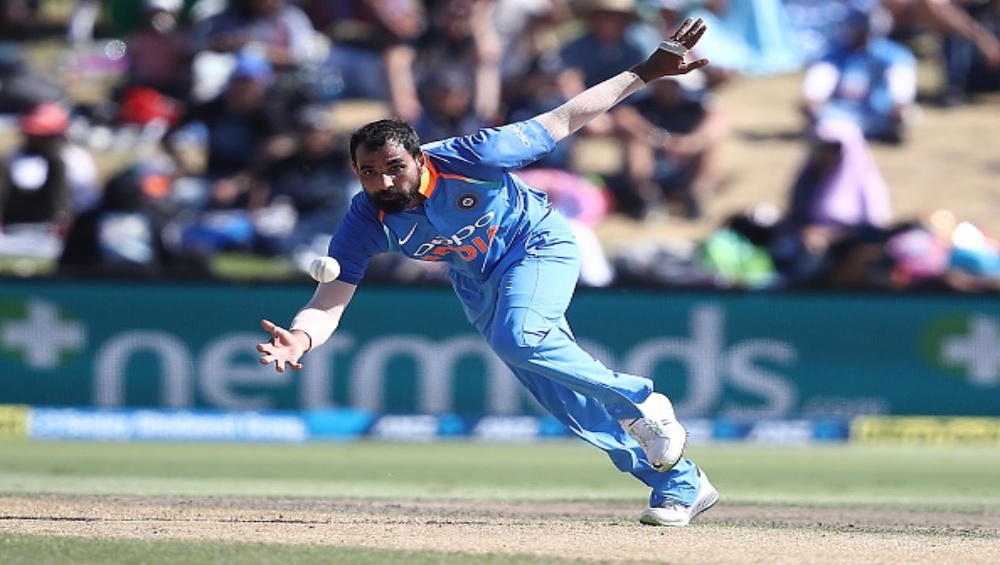 Indian bowlers had a difficult time during the 1st T20I clash between New Zealand and India as they were taken to the cleaners by the Kiwi batsmen. The Asian Bowling contingent were underwhelming in their performance as they were smashed all around the park by Kane Williamson and his men. It was Colin Munro and Martin Guptil that started the onslaught as they opening duo mustered 68 runs in the power play without losing a wicket which also was the highest PP score for the Black Caps in a T20I game against India. New Zealand Vs India, Cricket Score 1st T20I Match.

Shardul Thakur and Mohammad Shami were the two bowlers who were targeted by the New Zealand batsmen as the two pacers were smashed for 97 runs in their combined seven overs. The Kiwis took complete advantage of the small dimensions of the ground as Colin Munro and captained Kane Williamson registered quickfire half-centuries. Martin Guptil also looked in good touch as he scored 30 off 19 deliveries before getting dismissed by Shivam Dube. A late flurry by Ross Taylor helped the Blck Caps to cross the 200-run mark. Jasprit Bumrah was once against the pick of the Indian bowlers as the Black Caps struggled to live with his pace and accuracy and were unable to get him away for many runs. Rohit Sharma Takes Smart Catch Near Boundary Rope to Dismiss Martin Guptill During India vs New Zealand 1st T20I 2020 (Watch Video).

Shardul Thakur's selection in the team is an absolute disaster. After having 5 frontline batsman and 2 all rounders, you pick a bowler because he can bat a bit at no. 8. #ridiculous #NZvsIND #NZvInd #AskStar #Hotstar https://t.co/xNo3675lXo

Half century for Md. Shami off just 20balls #NZvIND

Yuzvendra Chahal also did a good job with the ball as he gave away 32 runs from his quota of four overs but also took an important wicket of Kane Williamson. After electing to bat first, the Black Caps have posted a commanding total of 203/5 on the board and Indians need to get a brilliant start if they want to chase it down.