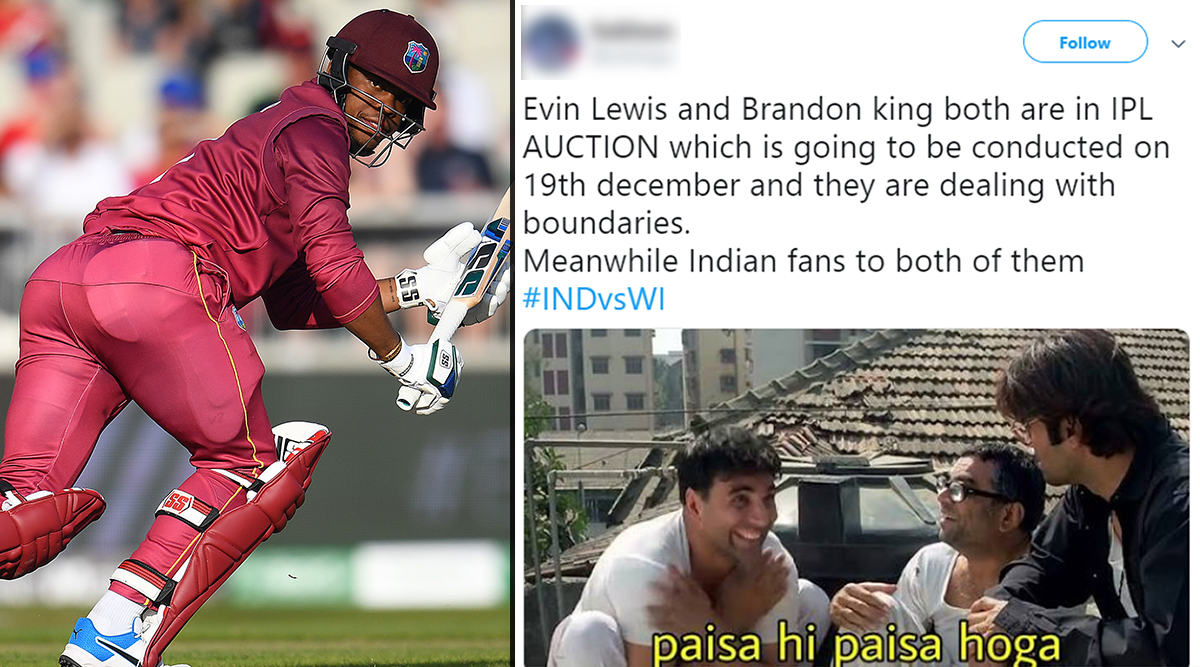 Twitterati shared hilarious memes to convey that West Indies batsmen's good batting will result in prosperous IPL 2020 auctions. #INDvsWI started trending on the social media platform Twitter. Have a look at some of the tweets connecting India vs West Indies 1st T20I 2019 to IPL auction 2020.

Evin Lewis and Brandon king both are in IPL AUCTION which is going to be conducted on 19th december and they are dealing with boundaries.

Earlier, India won the toss and elected to bowl in the first T20I match against West Indies. The match is taking place at Rajiv Gandhi International Stadium in Hyderabad. Youngsters Deepak Chahar, Washington Sundar and Shivam Dube are part of the playing 11 in India vs West Indies 1st T20I 2019.

Evin Lewis smashed 40 runs off 17 balls, while Brandon King hit 31 runs off 23 balls. After the end of 15th over, Shimron Hetmyer and Kieron Pollard were on the crease unbeaten at 43 and 21 respectively. West Indies scored board reached 143/3 after 15th over.