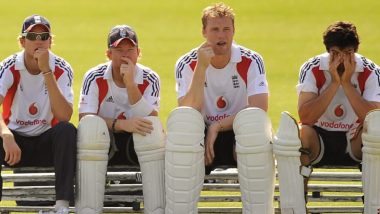 The official Instagram account of International Cricket Council (ICC) has been quite active amid the COVID-19 break and is frequently sharing interesting records, photos and videos in order to engage the cricket fans. Recently, the apex cricket body shared an old picture of England cricket team players Stuart Broad, Ian Bell, Andrew Flintoff and Alastair Cook during a training session. ICC also asked the fans to come up with intriguing captions of the post as the comment section got filled in no time. James Anderson also showcased his cheeky humour when he came across the picture. The England pacer trolled no one but himself and made the fans go ROFL. This Day That Year: England Defeat India by 31 Runs in ICC Cricket World Cup 2019 Despite MS Dhoni’s Unbeaten Knock.

“Cooky (Alastair Cook) looks like he’s watching me bat,” commented Anderson on ICC’s post. In the snap, Cook has put both his hands on face and he looks quite bored. Owing to the fact, Anderson sportingly joked about his batting. Anderson, who is the highest wicket-taking pacer in Test history, is a force to reckon with the ball in hand. However, for the most part of his career, he has batted at number 11. The southpaw, however, scored an 81 against India in 2014 and overall, he has 1185 runs from 151 Test matches. Meanwhile, let’s look at how he trolled himself. 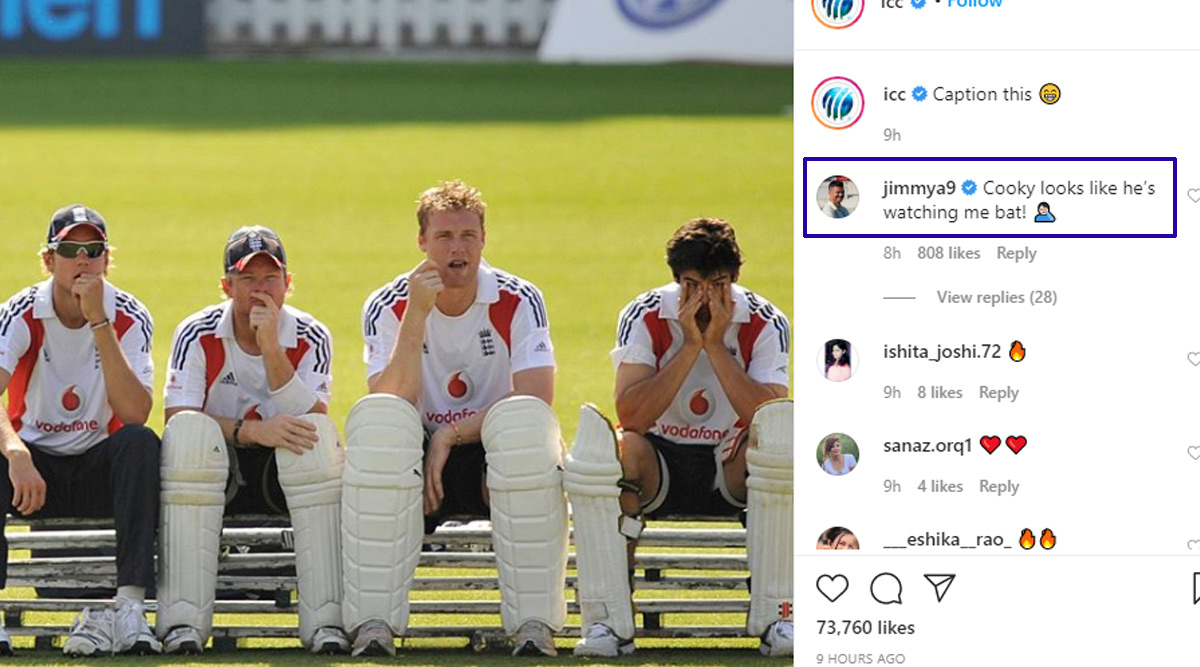 Anderson is all set to back in action during the first Test match between England and West Indies at the Ageas Bowl in Edgbaston. The match, which will get underway on July 8, will also mark the return on international cricket. Also, Anderson is just 16 scalps away from becoming the first pacer to register 600 wickets.

(The above story first appeared on LatestLY on Jun 30, 2020 07:44 PM IST. For more news and updates on politics, world, sports, entertainment and lifestyle, log on to our website latestly.com).