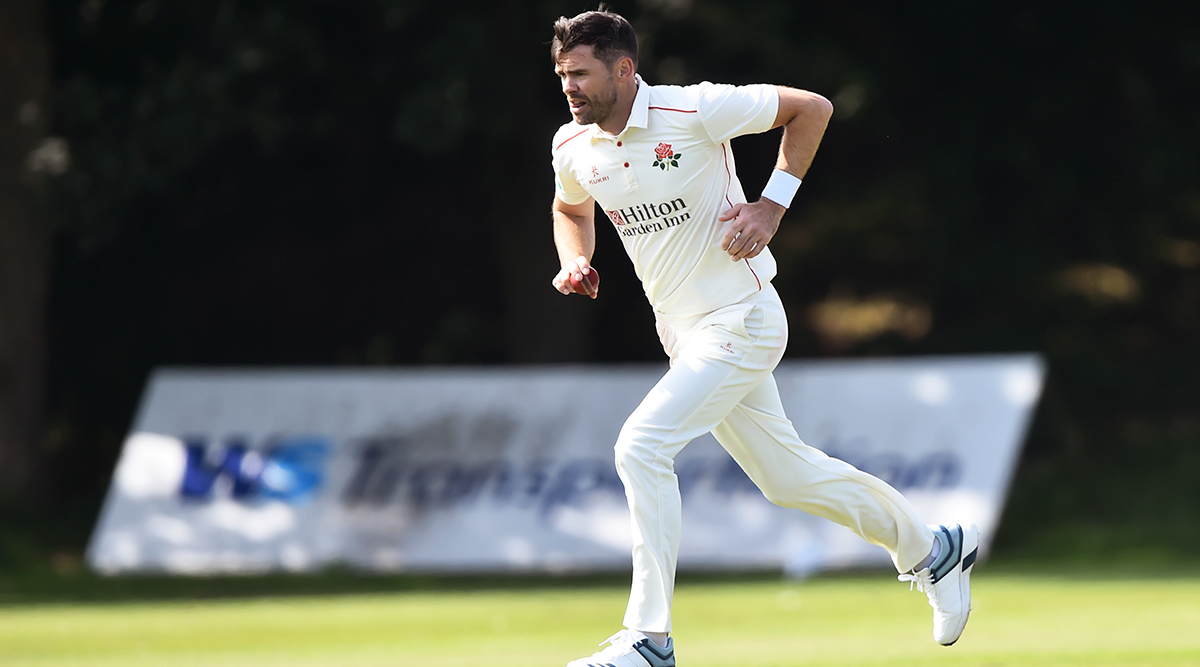 Cape Town, January 8: England pace spearhead James Anderson was on Wednesday ruled out of the final two Tests of their tour of South Africa with a rib injury.

According to a BBC report, Anderson, England's all-time leading wicket-taker, picked up the injury during the second Test on Tuesday as England registered a thrilling 189-run win over South Africa at Newlands here to level the four-match series 1-1. James Anderson Rips Keshav Maharaj’s Bat Apart, Breaks It Into Two During Day 5 of South Africa vs England 2nd Test Match (View Pics).

Anderson picked up five wickets in the first innings, his 28th five-wicket haul as the 37-year old went past Ian Botham and Ravichandran Ashwin with the most Test fifers.

Ashwin and Botham have 27 five-wicket hauls to their name in Tests. Anderson moved to the eighth spot in the list of most five-wicket hauls in Test cricket. Sri Lanka's Muttiah Muralitharan has the most number of fifers in Tests (67), followed by Australian Shane Warne (37), New Zealand's Richard Hadlee (36), India's Anil Kumble (35), Sri Lankan Rangana Herath (34) and Australian Glenn Mcgrath (29).

Anderson's unavailability is a huge blow to England with the pacer getting back his rhythm. He only returned to action after being out for four months with a calf injury in the first Test in South Africa, which started on Boxing Day.

Anderson has taken nine wickets so far against South Africa, the most by an England bowler, including seven in the second Test in Cape Town.

Fast bowler Jofra Archer is expected to return to the team after missing out on the Newlands Test due to a sore elbow. Craig Overton will remain in South Africa as cover for Anderson, the BBC report said.