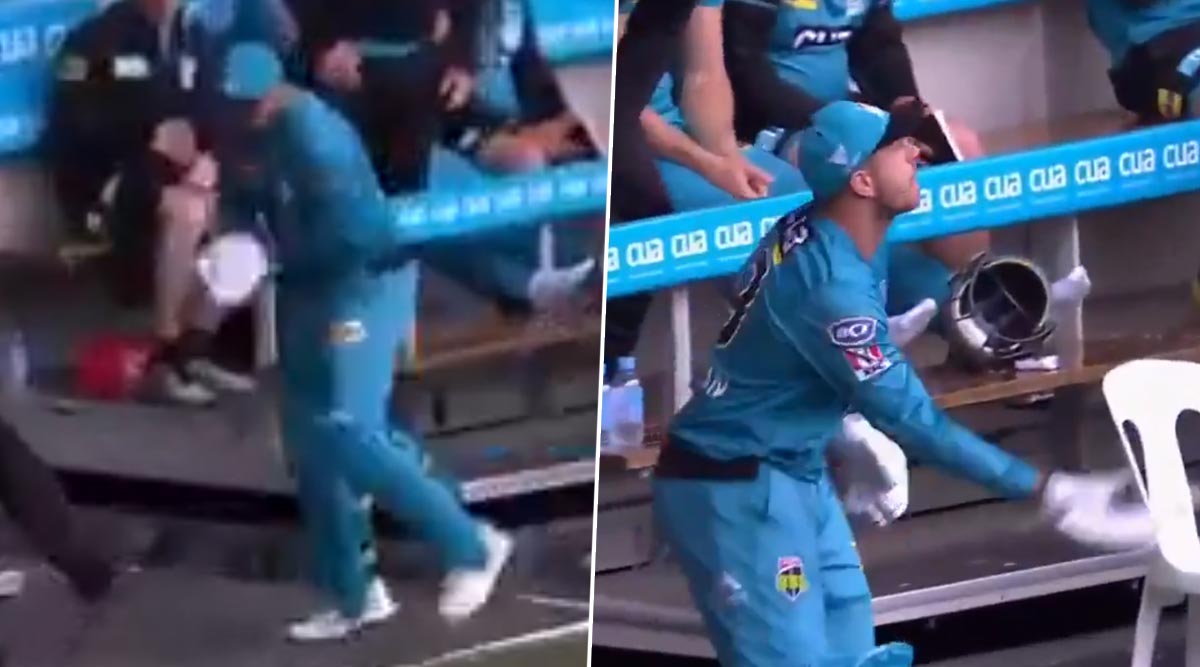 The ongoing edition of the Big Bash League has witnessed many bizarre and mind-boggling incidences which have left the fans amazed. Be it James Vince’s unlucky run-out or Josh Inglis’ brilliant presence of mind to run-out Usman Khawaja, the jaws of the spectators were dropped on many occasions. One such astonishing incident was witnessed during the first innings of the Melbourne Renegades vs Brisbane Heat match where James Pattinson took a spectacular catch and left everyone in awe. Unlike other brilliant catches, this take wasn’t taken on the ground but beyond the boundary ropes and that too with the batting gloves on.  AB de Villiers Smashes Quick-Fire Half-Century Against Melbourne Stars in BBL 2019–20.

The happening occurred when Heat’s batsman Matt Renshaw played a slog sweep against Cameron Boyce in the 18th over and the ball went beyond the boundary ropes, straight at Brisbane’s dug-out and Pattinson accepted the catch. Well, the pacer is an international-level player. So, such catches are not very hard for him. However, he grabbed the ball with the batting gloves on which is certainly not very easy. With Renshaw being Brisbane's batsman, the players at dug-out were already delighted as six more runs to their tally. However, their trill was even enhanced by Pattinson’s take.

Speaking of the match, Chris Lynn won the toss and invited the Renegades to bowl first. Riding on Renshaw’s brilliant 65-run knock, Heat piled up 154 runs in the first innings. However, the effort went in vain as the defending champions chased the target with seven wickets in hand. Melbourne’s skipper Aaron Finch, who mustered a half-century which chasing, was given the Man of the Match award.