Jasprit Bumrah Most Skilful in World, Bowls With Intensity at Nets, Says Virat Kohli Ahead India Vs Australia 1st ODI 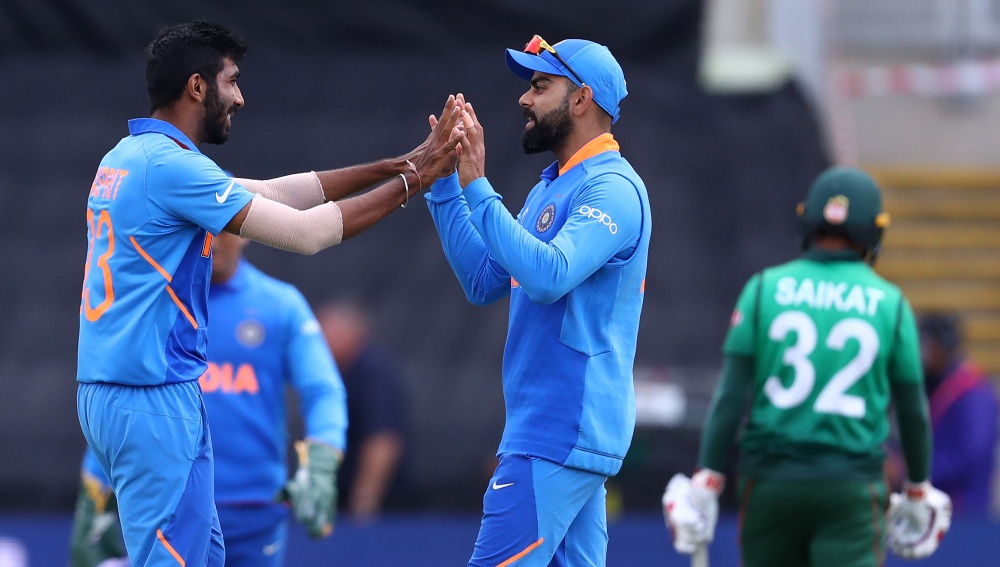 Mumbai, January 13: Lauding him as the most skilful bowler across formats, India captain Virat Kohli on Monday said Jasprit Bumrah doesn't shy away from bowling at the batsmen's head or ribs even in the nets.

"According to me he's (Bumrah) the most skilful bowler in the world in any format of the game. To play against him, he brings match intensity in the nets. He's not shy of hitting us on the head or targeting our ribs every now and then," Kohli said on the eve of India's first ODI against Australia here.

Kohli shed light on his experience of facing Bumrah who is back again after nursing an injury, at the nets. Virat Kohli vs Jasprit Bumrah: Indian Captain Reveals What Happened When He Faced the Speedster in Nets Ahead of India vs Australia 1st ODI 2020 in Mumbai.

"He's a proper bowler and it's always nice to play against the best in the nets. I challenge myself to play well against him, not every day do you get to hit boundaries off Jasprit in the nets," Kohli smiled.

"Bumrah has been playing for the team for last four years and this is probably the second time I have ever got out (in) the net, hitting a few against him and not getting out. One was Adelaide before the Test in 2018 and one was today. I'm glad that was the last ball of my net session, because he ran back to his mark, but I got out of the nets," said Kohli.

Kohli also lavished praise on Australia pace spearhead Mitchell Starc, saying he is back to his best and it will be a challenge for the Indian batters to face him.

"It is going to be a great challenge for them to face someone like Mitchell. He is a very skilful bowler. Looks like he's back to swinging the ball like he used to, and that makes him a lethal bowler again," said Kohli.

"Anyone who has pace, once they find their length they can adjust anywhere, so pace is always going to be an advantage," he added.

Kohli added that the Wankhede wicket is "probably the best pitch to bat in India" and "probably along with Adelaide - the best batting wicket I've played on".

The Indian skipper also picked out Adam Zampa who played a key role in Australia's 3-2 win in India last year, saying the leg-spinner will be the one to watch out for in the middle overs. India Vs Australia, Live Cricket Score 1st ODI Match.

"His mindset was a standout for them in the last series. And he made those important breakthroughs in the games that they won after having lost (the first) two. So, we have to be at our best game against them in the middle-overs and not think too much about what he's going to do," he concluded.