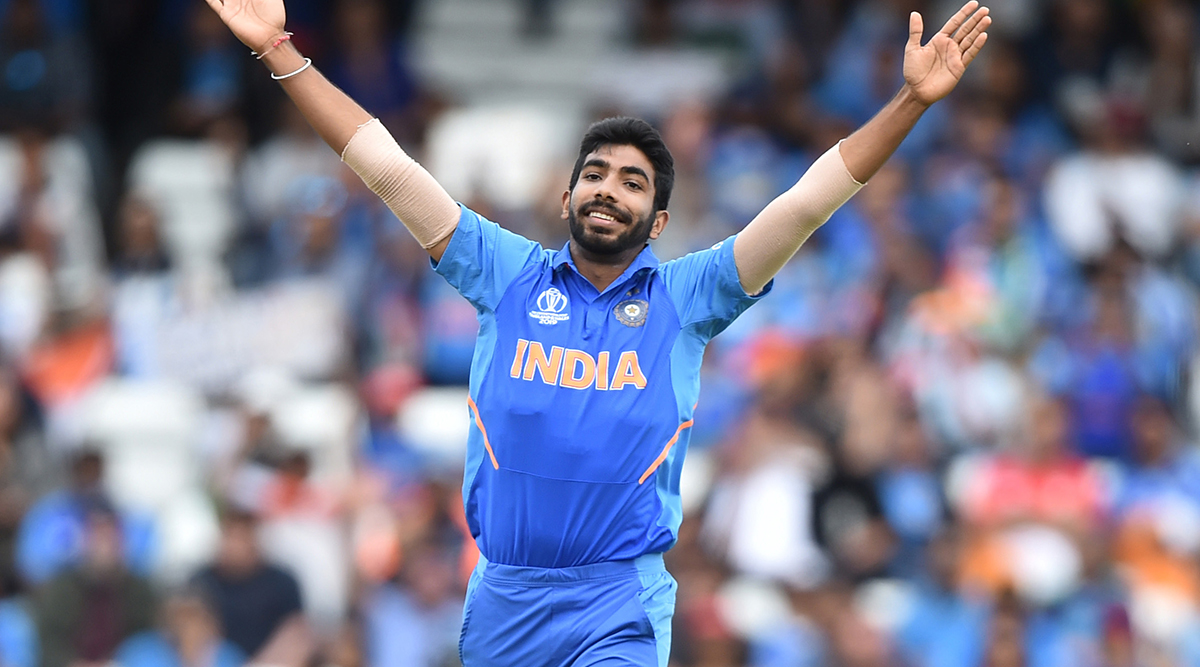 Mumbai, January 12: India's pace sensation Jasprit Bumrah will receive the prestigious Polly Umrigar Award (2018-19) for being the best international cricketer at the BCCI Annual Awards, scheduled to be held here later on Sunday in Mumbai.

Currently ranked as the world no.1 ODI bowler, Bumrah had made his Test debut during India's tour of South Africa in January 2018. He has scalped a five-wicket haul in South Africa, England, Australia and the West Indies to become the first and only Asian bowler to reach the milestone. Jasprit Bumrah Becomes Leading Wicket-Taker for India in T20Is, Goes Past Ravi Ashwin and Yuzvendra Chahal During IND vs SL 3rd T20 2020.

The 26-year-old has 62 wickets to his name in the longest format of the game while 103 scalps from 58 ODIs. On the other hand, leg-spinner Poonam Yadav, who had recently received the Arjuna Award, will be given the best international cricketer (women) award.

Also, Cheteshwar Pujara will be awarded with the Dilip Sardesai award for being the highest run-getter in Tests during the 2018-19 period. Pujara had amassed 677 runs from eight Tests, averaging 52.07.

India Test opener Mayank Agarwal, who hogged the limelight for consecutive good scores in the recent past, will be bestowed with the award for best international debut in the men's category while Shafali Verma will receive the award in the women's category.

In nine Tests, Mayank had scored 872 runs, averaging 67.07 with three centuries and and as may half-centuries. Shafali on the other hand had accumulated 222 runs from nine T20Is.

Speaking on the award, BCCI President Sourav Ganguly said: "The BCCI Awards is our way of recognizing the finest on-field performances right from the age group to senior level and also honour our legends. It will be a special evening in Mumbai as we will also have the 7th MAK Pataudi lecture and I am delighted to inform that it will be Virender Sehwag, who will address the gathering."

Jay Shah, Hon. Secretary, BCCI said: "The BCCI Awards are an important feature in India's cricketing calendar, a mélange of aspiration and inspiration. We wanted to make it bigger and better and have introduced four new categories - highest run-getter and wicket-takers in WODIs and best international debut men and women - from this year. A total of 25 awards will be presented."