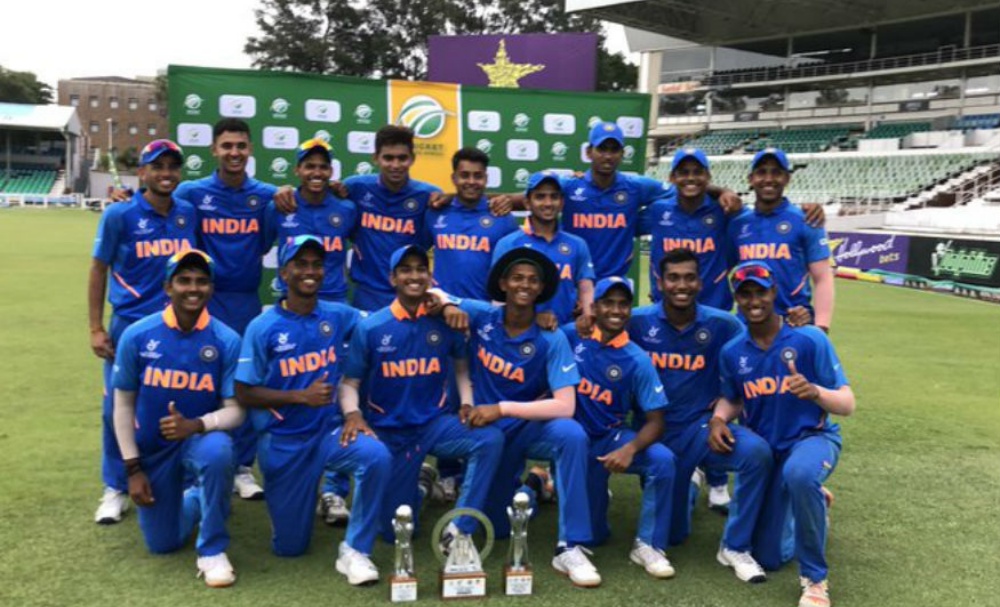 Durban, Jan 9 (PTI): Wicketkeeper-batsman Dhruv Jurel struck a delightful century before left-arm spinner Atharva Ankolekar scalped four wickets to help India beat South Africa by 69 runs and lift the Quadrangular U-19 Series title here on Thursday. Jorel hit 101 off 115 balls with the help of eight boundaries and two sixes, while Tilak Varma struck 70 off 103 deliveries (7x4s, 1x6), helping India post a competitive 259 for seven after being sent into bat. Man of the Match Atharva Ankolekar’s Mother Will Gift Him Something Special as India Beat Bangladesh to Lift U-19 Asia Cup 2019.

Left-arm orthodox bowler, Ankolekar (4/31), then spun a web around South Africa batsmen to bundle out the hosts for 190 in 43.1 overs in the title clash.

However, the start was far from rosy for the Indians as they slipped to 13 for 3 in 6.1 overs. Yashasvi Jaiswal, Divyaansh Saxena and skipper Priyam Garg all departed early, leaving the tourists in a spot of bother.

Jurel and Varma then joined hands and shared 164 runs for the fourth wicket to not only stabilise India's innings but also set a platform for a fighting total.

Siddhesh Veer also made a significant contribution with the bat, remaining unbeaten on 48 off 37 balls. He struck three fours and two hits over the fence during his knock. Gerald Coetzee was the pick of the bowlers for South Africa with figures of 3 for 19.

South Africa's chase never got going as the Indian bowlers picked up wickets at regular intervals and never allowed the hosts to forge any partnership.

Jack Lees (52) top-scored for the home team, while Jonathan Bird made 39.