Now here’s another exciting game on the cards as England battle it out against Australia at the iconic Lord’s cricket ground in London in the 32nd game of the CWC 2019. 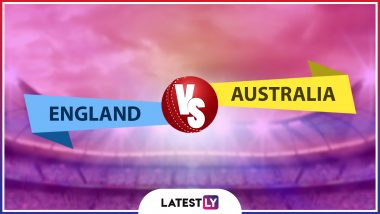 Now here’s another exciting game on the cards as England battle it out against Australia at the iconic Lord’s cricket ground in London in the 32nd game of the CWC 2019. England, on one hand, will look to come back on winning ways after their loss against Sri Lanka, their opponents will look to continue their winning streak. Before speaking about the live streaming details in details, let’s have a look at both the team’s performance in their previous matches. Australia enters the game with a win against Bangladesh as they put up the score of 381 runs on the board. With Pakistan still in the hunt for the semi-finals, a loss here would affect their chances for the final four of the tournament. England vs Australia Cricket Score 32th ODI Match.

The two teams have a very interesting head-to-head record in the World Cup so far. The two teams have met each other at the Lord’s cricket ground in London on 14 occasions. Australia clearly holds an edge over England. Australia had won eight games and England emerged victorious in the remaining five matches. With a must-win game today, Eoin Morgan and men will look to better the record. Now, let’s have a look at the live streaming details of the game. ENG vs AUS - Head-to-Head Record: Ahead of ICC CWC 2019 Clash, Here Are Match Results of Last 5 England vs Australia Encounters!.

England will lock horns with Australia on June 25, in Match 32 of ICC Cricket World Cup 2019 at Lord’s Cricket Stadium in London. England vs Australia fixture will have a start time of 3:00 pm IST (Indian Standard Time) or 09:30 GMT local time. Toss will take place at 2:30 pm IST or 09:00GMT. Australia sits comfortably on number two with whereas,  England features on number four of the ICC Cricket World Cup 2019 points table.

You can catch England vs Australia match on Star Sports channels – Star Sports 1 and Star Sports 2 along with their respective HD channels. Star Sports is the official broadcaster of ICC Cricket World Cup 2019 in India and will bring the live action of all 48 matches. In England, Sky Sports will telecast the match live while in South Africa SuperSport has the telecast rights. The viewers in Australia need to tune in to Channel 9 and Fox Sports Australia.

Apart from TV telecast, you can also catch England vs Australia live action via free live streaming online. It is made available by Hotstar, the official digital platform of Star Sports. You can also follow LatestLY for free live score updates of ENG vs AUS along with ball-by-ball commentary.

Talking about the weather ahead of the game, the Lord's stadium does not bring us very good news as the toss is expected to get due to the wet outfield since it was raining in London since last night. Also, the game could be hampered due to thunderstorms. Fans would be keeping their fingers crossed to have a full game on the cards.

(The above story first appeared on LatestLY on Jun 25, 2019 01:45 PM IST. For more news and updates on politics, world, sports, entertainment and lifestyle, log on to our website latestly.com).