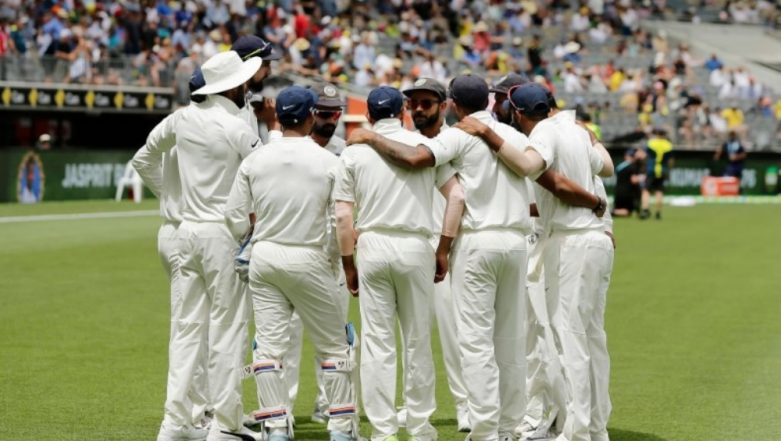 The day 1 of the Boxing Day Test between India and Australia turned out to be an amazing one for the visitors. Virat Kohli’s luck with the toss continued even at the Melbourne Cricket Ground in the third Test. India elected to bat first. Hanuma Vihari was sent to open the innings with Mayank Agarwal. Vihari departed early in the game scoring eight runs from 66 balls. Whereas, Agarwal in his debut match scoring 76 runs in 161 balls lacing eight boundaries and one six. VVS Laxman Slams Indian Team Management for Sending Hanuma Vihari to Open the Innings During IND vs AUS, Boxing Day Test.

However, he soon went back to the pavilion. As of now, Cheteshwar Pujara and Virat Kohli are currently batting for India. Cheteshwar Pujara is on 68 and Kohli is batting on 47. Pat Cummins claimed a couple of wickets and bowled at the economy of 2.10. There were no controversies that dominated the Day 1 of the match. Now, let’s check out the streaming details of the game. Virat Kohli Breaks VVS Laxman’s Record, Moves Second on List of Most International Runs by an Indian Against Australia.

The day 2 of the third Test will take place at the Melbourne Cricket Ground (MCG), starting from December 27, i.e. Thursday. The Day 2 live match action will begin at 05.00 am (IST).

Sony Sports Network happens to be the official broadcaster of India vs Australia Test Series 2018-19 in India. The viewers can watch IND vs AUS live telecast of the Day 2 action on Sony Six (English), and Sony Ten 3 (Hindi) channels.

Where to Get Free Online Live Streaming of India vs Australia 2018-19, 3rd Test Match, Day 2  Action?

The viewers will be able to see IND vs AUS 3rd Test match via online streaming on Sony Network’s live streaming service, i.e. SonyLiv (Website, App). Also, the fans can catch the live ball-by-ball commentary and latest updates of the Test by clicking here!