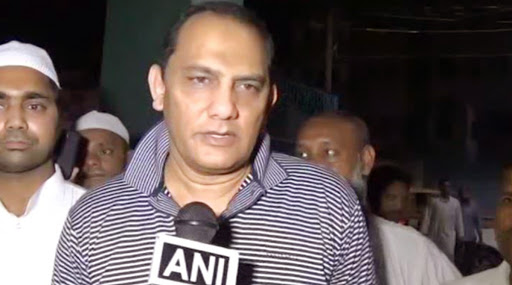 Aurangabad, January 23: Former Indian cricket team captain and ex-MP Mohammed Azharuddin on Thursday quashed the reports of duping a travel agent, Shahab Y Mohammed, of more than Rs 20 lakh. Azharuddin claimed that a false FIR has been lodged against him and he would consult his legal team.

Calling the FIR rubbish, Azharuddin said, as quoted by news agency ANI, "I strongly rubbish the false FIR filed against me in Aurangabad. I’m consulting my legal team and would be taking action as necessary." Mohammad Azharuddin Slams Ambati Rayudu for Alleging Corruption in Hyderabad Cricket Association, Says ‘He Is a Frustrated Cricketer’.

Mohammad Azharuddin: I strongly rubbish the false FIR filed against me in Aurangabad. I’m consulting my legal team and would be taking action as necessary https://t.co/RyK9MpJyv5

Earlier on Wednesday, a local police officer in Aurangabad stated that they have booked an FIR against the former cricketer for allegedly duping Danish Tours & Travels' proprietor Shahab Y Mohammed of Rs Rs 2.10 million. Investigating Officer AD Nagre of the City Chowk police station told IANS, "We have lodged a first information report against Mujeeb Khan (Aurangabad), Sudheesh Avikkal (Kerala), Mohammed Azharuddin (Hyderabad). No arrests have been made and further investigations are underway."

According to the FIR, Azharuddin and Avikkal (former's secretary) allegedly booked several international airline tickets in various names. They met various people in Paris, from where they booked other tickets in premier airlines. Shahab claimed that he booked the tickets on assurances of Azharuddin, but on November 15, 2019, the Croatian National Bank informed that no payments had been received from Avikkal. Following this, Shahab filed the FIR.