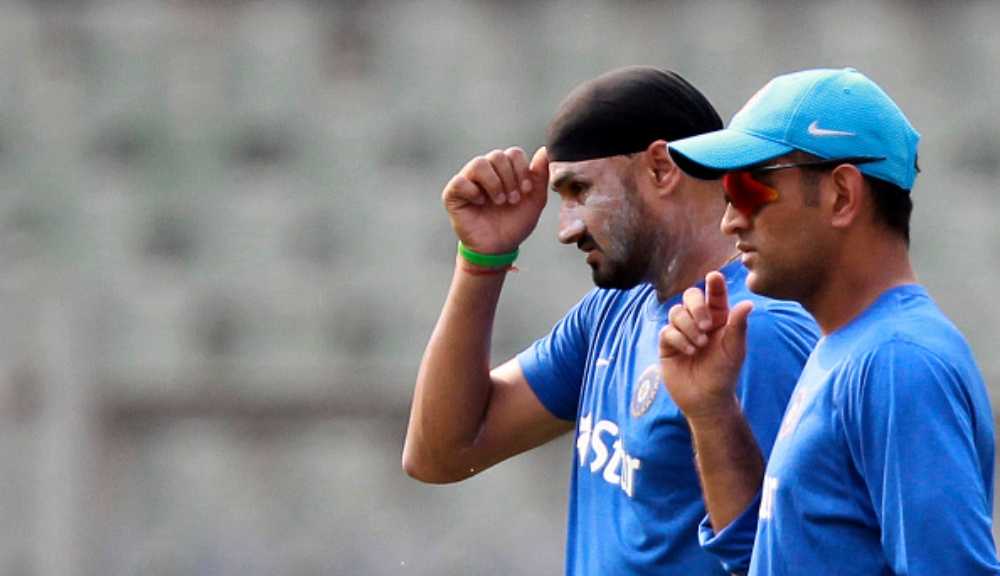 MS Dhoni grabbed the headlines today after the BCCI excluded him from the central contract system. The netizens were left aghast after he was excluded from the contracts and questioned the BCCI for the same by posting tweets on social media. Since the news broke out, #ThankYouMSDhoni started trending on social media. Now, the former India captain’s teammate Harbhajan Singh has opened up and said that he might not play for India again. Bhajji who had also played with him in the Indian team, also said that the 2019 World Cup was his last assignment. MS Dhoni Left Out of BCCI's Annual Players Contract List Amid Retirement Rumours.

“It is probably the end of the road for MS Dhoni. I heard the World Cup would be his last event for India - after that he won't play for India again. He had made up his mind long back and that is why he has not made himself available," said Bhajji to India Today. MS Dhoni has been away from international cricket for a while now. He was last seen in the Indian colours during the match between India vs New Zealand. He had scored 50 runs in the game but India lost the game by 17 runs during the CWC 2019.

Recently the Head Coach of the Indian cricket team said that he could play for India, but all this depends on his form in the upcoming season of the Indian Premier League. Speculations were rife if the former Indian captain would hang his boots from international cricket. Dhoni was last seen enjoying snowfall in Dehradun with his daughter Ziva and wife Sakshi.