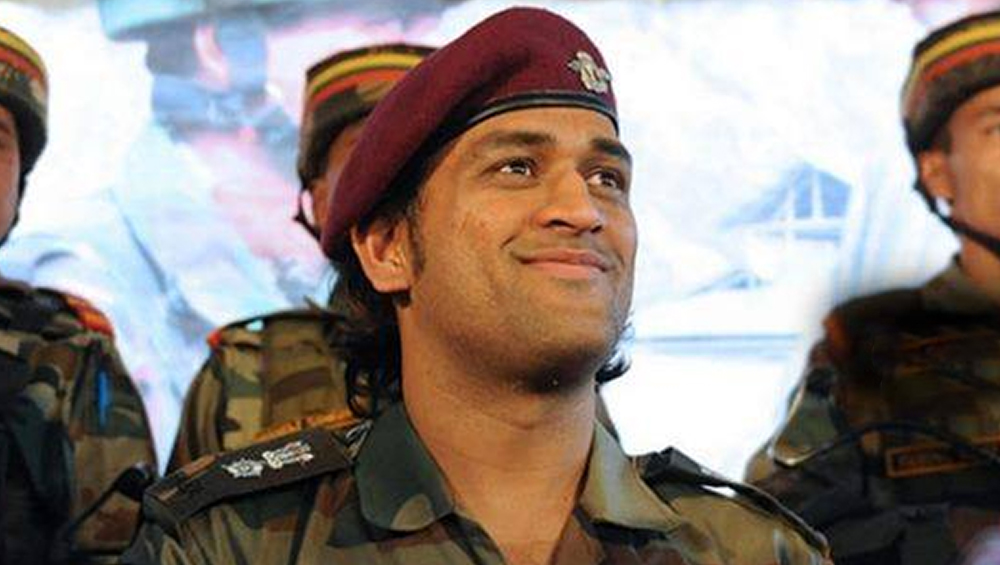 MS Dhoni has taken a sabbatical from cricket after India’s heartbreaking loss against New Zealand in the semi-final of 2019 World Cup. Speculations rife that the wicket-keeper batman might bid adieu to the game but there has been no official announcement about that too. Meanwhile, Dhoni is enjoying his off-field time with this family. However, according to reports, the veteran cricketer is now planning to launch a new show on Television dedicated to the Indian army. Everyone knows about Dhoni’s passion towards the navy and the show will tell about the inside stories of the Indian army men which are not known by the public. Amul Gives a Hilarious Take on MS Dhoni’s Retirement Via an Interesting Caricature.

According to a report in Mumbai Mirror, the show will be telecasted on Star Plus in just a few months. While talking about the development of the show, a source in the media house said that "It is a series revolving around personal stories of military officers who have been feted for gallantry with top honours like the Ashoka Chakra and Param Vir Chakra." The source also added that Dhoni knows the journey of the people who have selflessly served the nation and the hardships they have faced while doing so. He wants to bring them into the limelight through this show”. CSK Debunks News Reports of MS Dhoni Leaving Chennai Super Kings After IPL 2021 and It Would Make Every MSD Fan do 'Whistle Podu'.

Dhoni, who himself holds the rank of an honorary lieutenant-colonel, spent two weeks with Indian army in August this year and must have learnt a lot of stories in that time. He served the tenure in Kashmir where he did guard duties, patrolling and other activities of a soldier. On many occasions, the former Indian skipper has spoken about the sacrifices and contribution of the army persons and the upcoming show will be a tribute to them.

Speaking of Dhoni’s cricketing future, the 38-year old has asked people to not question him about his retirement till January. The cricketer is certain to lead Chennai Super Kings in the 2020 edition of the Indian Premier League and let’s see how he performs after a long break.