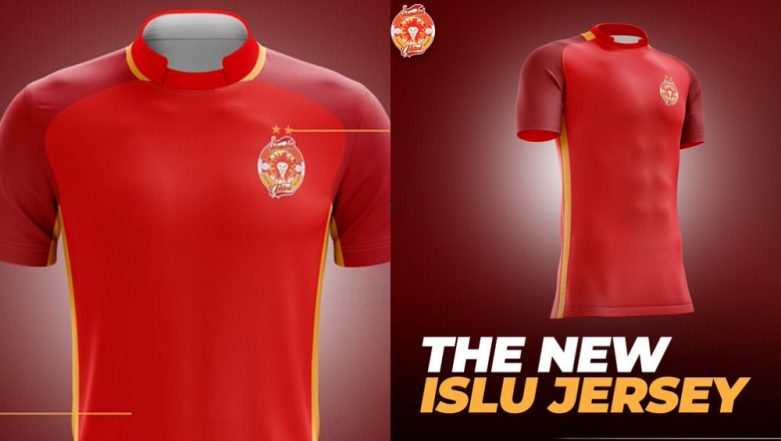 Defending champions Islamabad United have revealed their new team Jersey ahead of the Pakistan Super League 2019 (PSL 2019). The fourth season of PSL commences from February 14 in Dubai and Islamabad United will be in action on the opening night as they face Lahore Qalandars. Islamabad United’s previous kit had an equal shade of red and gold. However, the new kit for PSL 2019 features red as a prominent shade with golden reduced to a minimum. PSL 2019 Complete Squads: Full Players List of All Pakistan Super League T20 Teams.

Islamabad United are the two-time champions of PSL. They won the inaugural edition of the league and then lifted the title second-time last season. Both these title wins for Islamabad United came under the leadership of Misbah ul Haq. In PSL 2019, Luke Ronchi will lead the defending champions.

Meanwhile, speaking on the occasion of the new kit launch, the owner and CEO of the Islamabad United, Amna Naqvi said, “We have always prioritised quality, and providing premium top-notch products to our players. The changes we have made for our kits over the past three years have been reflective of that. The design is no different. We are adopting a vibrant, stylish look that gels well with the ethos of our franchise and brand identity and look forward to continuing era of success for Islamabad United.” AB de Villiers Picked by Lahore Qalandars at 2019 PSL T20 Players Draft.

The PSL 2019 will run from February 14 to March 17. The last leg of the tournament which includes playoffs and final will be held in Lahore and Karachi. From March 07 onwards, PSL will be held in Pakistan. The final of PSL will take place in Karachi.