Rohit Sharma Resumes Outdoor Training, Says ‘Good to be Back on The Park’ 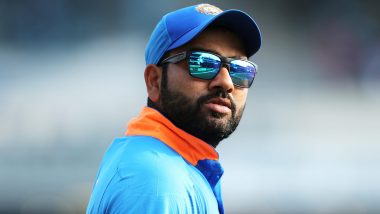 Rohit Sharma has begun his outdoor training after a long gap of three months. the Hitman took to social media to post the picture of himself sweating it out in the park and was extremely elated to do so. Rohit posted a snap of himself where he was seen pouring on his face with the bottle after finishing up with his training and said that he felt absolutely good after training in the open after such a long time.  He captioned the picture, "Good to be back on the park getting some work done 🤩 felt like myself after a long time." Rohit Sharma Resumes Outdoor Training, Says ‘Good to be Back on The Park’.

The coronavirus has already ruined the sporting schedules all over the world.  The BCCI is already working on restarting the schedules of the IPL 2020, the players and the fans are eager for the start of the cricketing season. Not very long ago, David Warner confirmed their participation in the upcoming season of the Indian Premier League 13. Now, check out the snap shared by Rohit Sharma.

As per the reports, BCCI will also be conducting a camp for the players in Dharamshala. The place Dharamshala in Himachal Pradesh has been chosen as the venue for the camp with the fact that there are a fewer number of cases in the city. The final confirmation about the dates of the camp will be announced by the BCCI sooner.

(The above story first appeared on LatestLY on Jun 25, 2020 04:56 PM IST. For more news and updates on politics, world, sports, entertainment and lifestyle, log on to our website latestly.com).