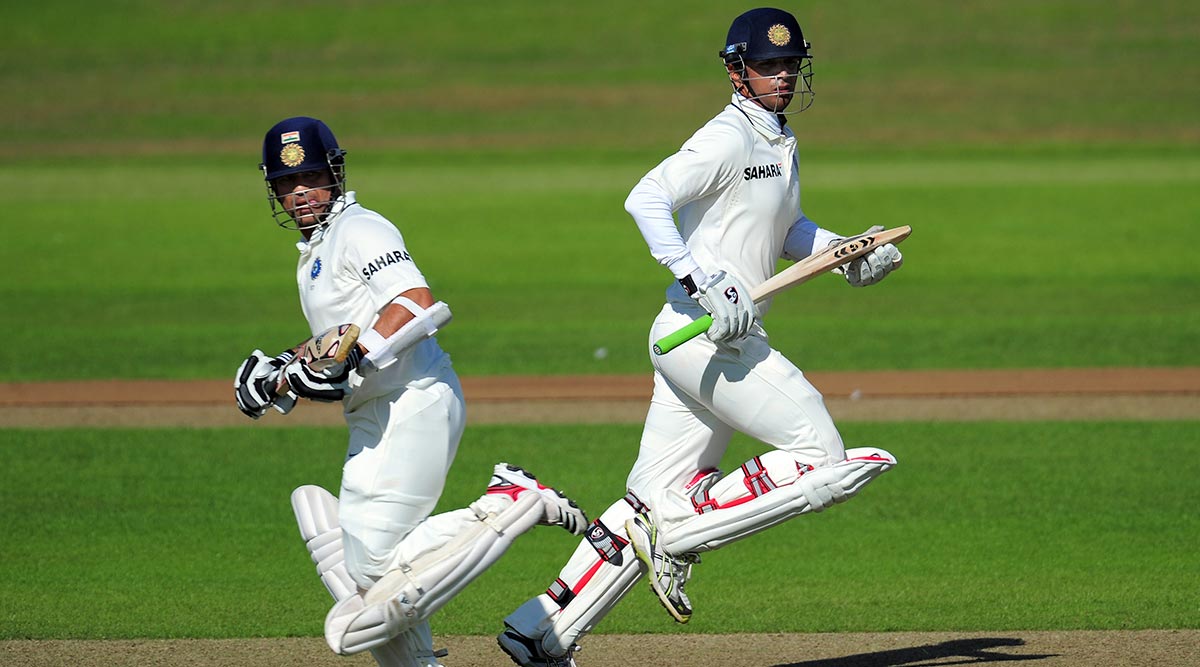 Master Blaster Sachin Tendulkar extended wishes on Rahul Dravid’s 47th birthday through an interesting post on Twitter.  Both Tendulkar and Dravid have played a lot of cricket together and are touted two of the best batsman to have graced the game of cricket. The two former teammates certainly shared a great bond between them and Sachin’s latest post is proof of it. The highest run-scorer in international cricket shared a candid picture of him and Dravid and applauded the latter’s ability to torment the bowlers.  Rahul Dravid Quotes to Celebrate His 47th Birthday: Golden Words by Former Indian Captain That Are Truly Inspiring.

“Happy Birthday Jammy! The way you batted always created huge jams for the bowlers. Have a great one my friend” read the picture posted by the Indian great on the micro-blogging website. Regarded as ‘The Wall’, Dravid faced 31, 258 deliveries in Test cricket which are most for anyone which speaks volume of his capabilities. So, Sachin’s caption is certainly impeccable and Dravid must also be amused. Rahul Dravid Birthday Special: 5 Memorable Knocks By ‘The Wall’ That Is Etched In Every True Blue Indian Cricket Fan's Memory.

Happy Birthday Jammy! The way you batted always created huge jams for the bowlers. Have a great one my friend. pic.twitter.com/JzCh9XW9iW

For a decade and a half in International cricket, Sachin and Dravid were two of the mainstays of India’s batting line-up and were certainly the nightmares for many bowlers. In fact, the two piled up 331 runs against Sri Lanka in 1999 World Cup and recorded the highest ODI partnership for any wicket and the record stood for 16 years before Marlon Samuels and Chris Gayle broke it in the 2015 World Cup.

Speaking of Rahul Dravid, the batting juggernaut bid adieu to international cricket in 2012 and gave relief to many bowling line-ups. However, he extended his contribution towards Indian cricket by donning the coach’s head. Under his guidance, India also lifted the Under-19 World Cup in 2018. Currently, he is working as the head of National Cricket Academy (NCA) and will seek to produce many more stars for Indian cricket.