Sachin Tendulkar Wishes Brian Lara on His 50th Birthday, Shares a Picture of The Duo Gorging On Fish 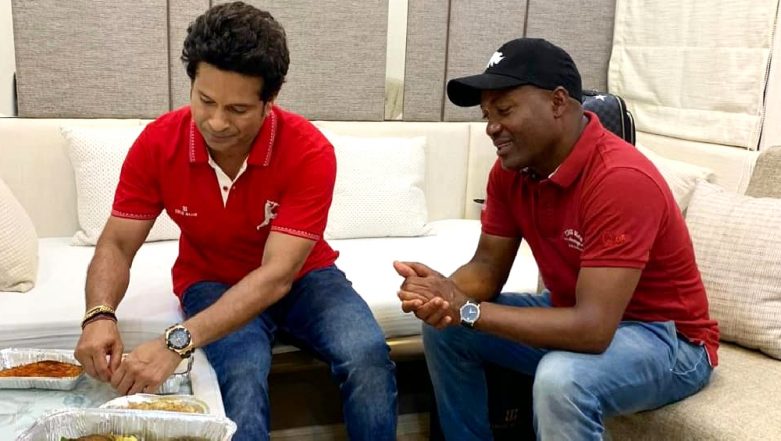 Sachin Tendulkar and Brian Lara are good friends and they both have a love for food. Lara is currently in India working with Indian Premier League (IPL) commentary team. Lara made his ODI debut against Pakistan on Nov 9, 1990. The Carribean legend has many accolades to his name. He holds the record of the highest individual score in a Test innings after scoring 400 not out against England at Antigua in 2004. Brian Lara to Make Commentary Debut in VIVO IPL 2019.

Muttiah Muralitharan regarded as on the best Test bowlers of all time has hailed Lara as his toughest opponent. Brian Lara was awarded the Wisden Leading Cricketer in the World in 1994 and 1995 and is also one of only three cricketers to receive the prestigious BBC Overseas Sports Personality of the Year, the other two being Sir Garfield Sobers and Shane Warne.

Love for food has always been the basis of this friendFish 😜

Brian Lara played his last test match against Pakistan on Nov 27, 2006, whereas he appeared in his last ODI against England on April 21, 2007. Brian Lara is popularly nicknamed as "The Prince of Port of Spain" or simply "The Prince"