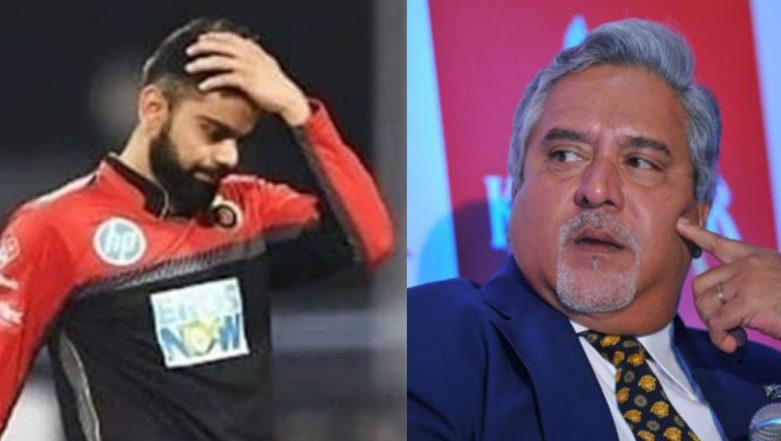 It was yet another disappointing season for Royal Challengers Bangalore (RCB) as they finished last on the Indian Premier League 2019 (IPL 2019). What made it worse was the Virat Kohli-led side lost first six matches consecutively. RCB did manage to secure some wins but eventually finished on the eight spot with11 points. Out of 14 matches, RCB won only five. Mystery RCB Girl Deepika Ghose Becomes a Social Media Sensation! Check Her Instagram Pics & Videos With Shahrukh Khan, Ranveer Singh & Other Celebs.

Meanwhile, RCB’s former co-owner Vijay Mallya has reacted sharply to team’s failure and has taken a sly dig on RCB team including Kohli and AB de Villiers. Without naming the star players, Mallya wrote, “always a great line up but sadly on paper only. Devastated with the wooden spoon.,” while quoting Kohli’s message for RCB fans. Virat Kohli’s RCB Defeats SRH by Four Wickets But Mystery Girl is Stealing Hearts of the Netizens.

Always a great line up but sadly on paper only. Devastated with the wooden spoon. https://t.co/6uYYbXJxVq

RCB have never won the IPL trophy and their best finish has been runners-up in 2009, 2011 and 2016 season. Apart from it, in 2010 and 2015, RCB qualified for the playoffs and finished on fourth and third place respectively. VIVO IPL 2019: It Wasn't Such a Bad Season For Royal Challengers Bangalore, Says Virat Kohli.

This season, RCB registered wins against Kings XI Punjab (twice), Kolkata Knight Riders, Chennai Super Kings, and Sunrisers Hyderabad. And one of their game against Rajasthan Royals produced no result due to rain.

On an individual front, skipper Kohli was top-scorer for RCB with 464 runs. He scored a century and two half-centuries as well. AB de Villiers was team’s second-highest run-scorer with 442 runs. The former South African scored five half-centuries. In the bowling department, spinner Yuzvendra Chahal was highest wicket-taker with 18 wickets and fast-bowler Navdeep Saini was the second best with eleven scalps.