Virat Kohli Gets Praise From Deepak Chahar After Victory in 2nd India vs South Africa T20I 2019, Pacer Says ‘Don’t Know How He Manages That Consistency’ 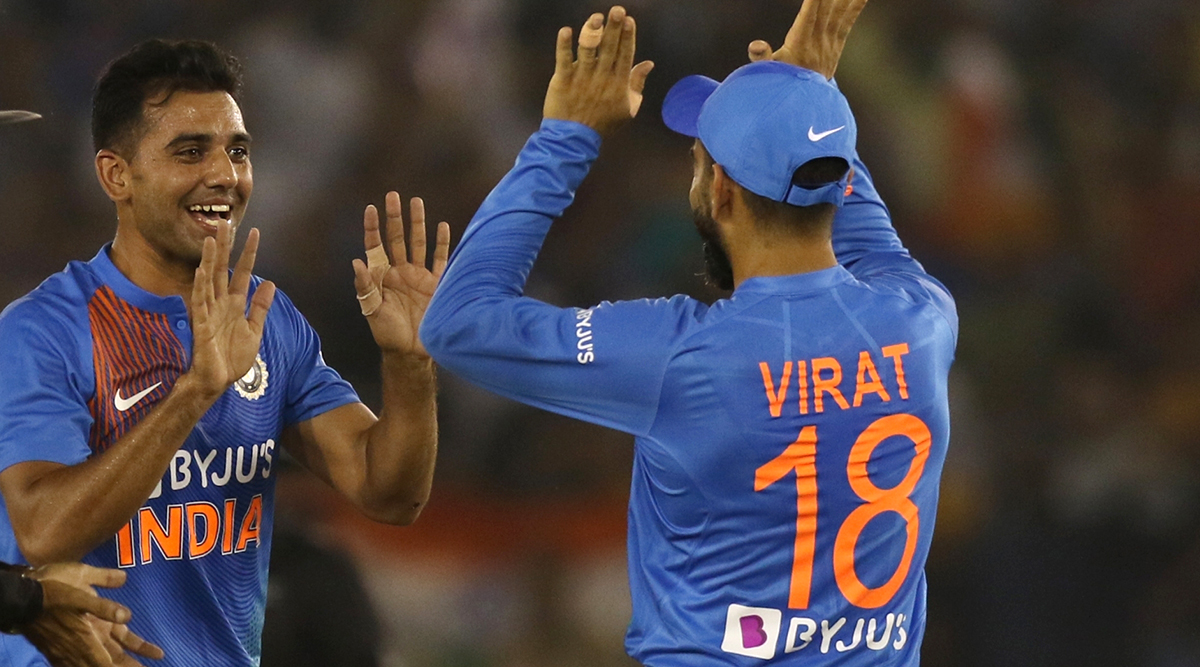 Mohali, September 19: Virat Kohli, who rode the Men in Blue to a commanding win over South Africa in the second T20I, has won high praise from his team-mate Deepak Chahar, who believes India skipper is a "next-level player" altogether. On Wednesday evening, Kohli scored an unbeaten half-century to help India beat the Proteas in the second T20I at the IS Bindra PCA Stadium and take an unassailable 1-0 lead in the three-match series. South Africa Vs India, Highlights And Cricket Score 2nd T20I Match.

With this innings, Kohli also surpassed Rohit Sharma to become the highest scorer in T20Is. He now has 2,441 runs in the format while Sharma has 2,434. Kohli has also become the only batsman to have his batting average above 50 in all three formats of the game. Kohli's innings was studded with four fours and three sixes and he took 52 balls to remain unbeaten at 72. "I don't know how Virat bhaiya (brother) manages to score these many runs and that too with such consistency. He is a next-level player," said Chahar at the post-match presser. Virat Kohli Takes One-Handed Catch! Fans Praise ‘King Kohli’ But Insist Indian Captain Is Taking ‘Catching Lessons’ from Ravindra Jadeja (Watch Video).

On being asked about next year's World T20 to be held in Australia, the right-arm pacer said that he is not thinking too far ahead and is taking one match at a time. "It is still one year for the World Cup and I do not think far too ahead. I take every match as my last match," he said. "At this time, Indian cricket is at the top and if you want to find a spot, you will have to do very good and that too, in every match because there is a lot of competition." The two teams will now lock horns with each other in the final T20I to be played on Sunday at the M. Chinnaswamy Stadium in Bengaluru.