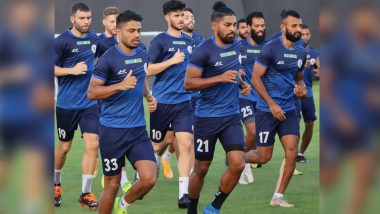 Now this man from ATK Mohun Bagan has emerged as goal machine for team ATK Mohun Bagan. With four goals in five matches, Roy Krishna has spent 442  minutes on the field. This man is a must-have in your Dream11 team of players.

With two goals and one assist in five games, Manvir Singh has been one of the most crucial players for the ATK Mohun Bagan. With 239 minutes spent on the field, he is known to walk away with the game in the most crucial phases. Do include him in your Dream11.

The Spanish forward Igor Angulo has been yet another player that needs to make a way in your Dream11 team. With six goals from five matches, the FC Goa forward would be looking to keep up their performance even in this game.

He had chipped in with a goal during the match against the Kerala Blasters. The midfielder also has a stunning passing accuracy of 62.44 per cent and has played 22 crosses so far. Yet another player for your Dream11 team.

David Williams might have not scored a single goal in the ISL 2020, but he has a decent passing accuracy of 52.5 per cent. We are sure he will be looking to give his best in the match.

(The above story first appeared on LatestLY on Dec 16, 2020 05:15 PM IST. For more news and updates on politics, world, sports, entertainment and lifestyle, log on to our website latestly.com).