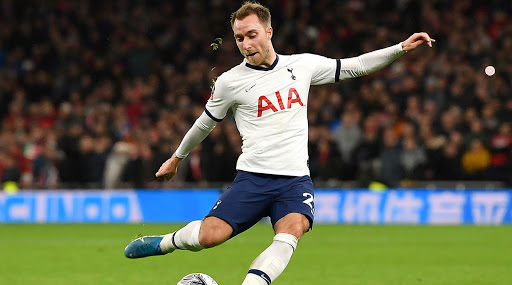 Tottenham Hotspur playmaker Christian Eriksen has agreed for a move to Italian giants Inter Milan according to reports emerging from Italy. The Danish midfielder’s transfer saga has dominated the headlines in recent months and with his contract expiring with the north London club this summer, he is in a search for a new club even after receiving several renewal offers. The midfielder has been at Spurs since 2013 but it looks like the Dane could be parting ways with the club in the ongoing transfer window. Barcelona Transfer News Updates: Tottenham Hotspur Interested in Nelson Semedo As Jose Mourinho Looks to Strengthen His Squad.

According to a famous Italian journalist Fabrizio Romano, Eriksen has accepted a move to Inter Milan and is ready to negotiate personal terms with the Serie A club. The 27-year-old has not been his usual self this season as he has only two goals and two assists in 18 Premier League appearances. The Nerazzurri have made an initial offer of 10 million euros but Tottenham are holding out to a transfer fee of 20 million. The Italian club have decided to bring the Danish international this month itself due to the uncertainty in signing Barcelona midfielder Arturo Vidal after the club sacked manager Ernesto Valverde. Harry Kane Injury Update: England Captain Sidelined Till April Due to Rupture in Left Hamstring.

Christian Eriksen has just accepted to join Inter on January - he’d like to move immediatly and is “ready to agree” personal terms.

Christian Eriksen was also linked with a move away from Spurs in the summer as well which saw manager at that time Mauricio Pochettino bench him until his transfer was sorted out. Jose Mourinho clearly wants the 27-year-old to be in his team but with interests from several big clubs such as Inter Milan, Chelsea and Real Madrid could see the Dane part ways with the club in this month itself. Currently, the Serie A side look like the front-runners in acquiring the services of the Spurs playmaker.