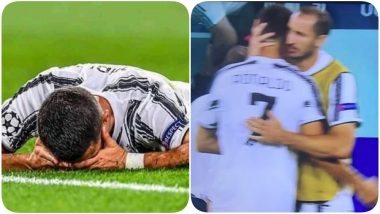 Cristiano Ronaldo might have broken several records with a couple of goals against Lyon in the second leg of the Champions League 2019-20. But that wasn't enough to save Juventus from getting eliminated from the UCL 2019-20. This surely did not go down well with the five-time Ballon d'Or winner as dejection was written all over his face. Ronaldo looked extremely disappointed and he burst out into tears as he hid his face with his hands. He was seen getting comforted by Giorgio Chiellini after the match as he hugged the Portugal star while he walked out of the stadium. Cristiano Ronaldo Scores Most Goals in a Single Season for Juventus, Reaches More Milestones During Champions League 2019-20 Clash Against Lyon (Watch Video).

The picture of the same went viral on social media.  The fans too were quite dejected as they saw the visuals. After scoring a couple of goals, CR7 was broke the 80-year-old record as he surpassed club legend Felice Borel who had scored 36 goals in Serie A 1933-34. Ronaldo, on the other hand, has 37 goals in his kitty. Now check out the picture Ronaldo crying after losing the game.

Football is love for sure but seeing legends like this shows it can also be very cruel at times! Heads up man you've done your best! #UCL #Ronaldo #JuventusvsLyon pic.twitter.com/srFpjo0jHw 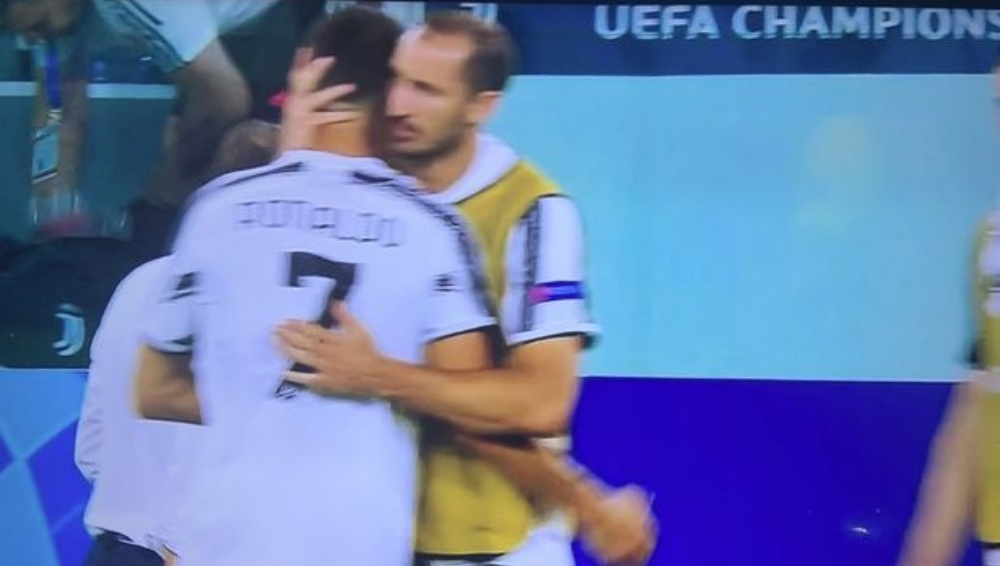 Since the last two years, Ronaldo has had a 100 per cent scoring rate in the last seven games. This is the first time that Cristiano Ronaldo has crashed out of the Champions League 2019-20 since 2010. Lyon won the game on away goals.

(The above story first appeared on LatestLY on Aug 08, 2020 11:21 AM IST. For more news and updates on politics, world, sports, entertainment and lifestyle, log on to our website latestly.com).