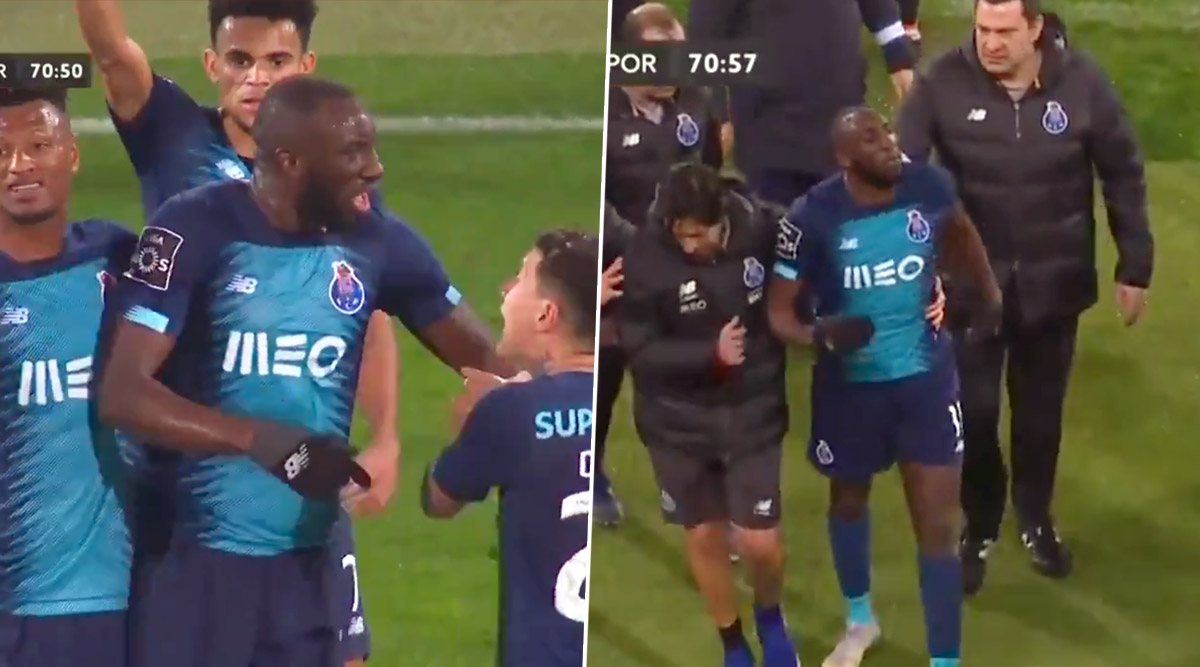 The match in Portuguese first division football league between Vitoria SC and FC Porto was barred with controversy as Porto’s forward Moussa Marega was racially abused by the home fans. The Mali international netted in the 60th minute of the game which eventually proved to be the winner but was subjected to various racial chants by the fans of his former club. The 28-year-old was visibly upset by this treatment and attempted to sub himself off in around the 70th minute of the game. Iker Casillas to Run for Spanish FA Presidency: Report.

FC Porto forward scored the winner against former club Vitoria SC which saw the Lisbon club cut the point’s gap between them and Benfica at the top of the table. But the Mali international was a subject to racial behaviour from the home fans and attempted to leave the pitch following the abuse. The 28-year-old had to be restrained by his team-mates as he tried to sub himself off. Marega then gestured towards the Vitoria fans by booing them and giving them a thumbs down for their disgusting actions.

An alleged racist incident marred a Portuguese league match on Sunday as Porto forward Moussa Marega walked off midway through a match due to abuse from fans. pic.twitter.com/LAHLi8toi5

The referee in the match also dod not make things easier for the Mali international as he booked Marega when he tried to leave the field. The Porto forward took to Instagram to express his displeasure over the incident as he told the fans ‘go f**k yourself’. He also added ‘I hope I never meet you on a football field again! YOU ARE A SHAME!!!!’

Whether some action will be taken against the Vitoria SC fans is yet to be seen but football faithful and players from all around the world were nor happy with this behaviour. Moussa Marega played for Vitoria on loan from Porto in the 2016-17 season and scored 13 goals in the league and 25 goals in all competitions.